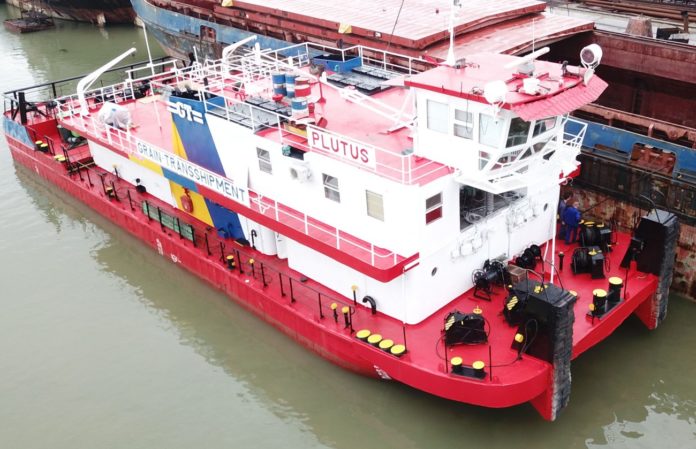 In 2018, Grain-Transshipment modernized the barge, Grain-1, with a capacity of 1 thousand tons, which began to transport the cargos on the Dnipro. Its length is more than 73 m, the draft is 1.8 m.

The company will start a new project at the shipyard in Izmail and at the Dunaisuloservice enterprise. The capacity of the first barge will be 3.1 thousand tons, the draft – 3.1 m, and length – 79.4 m.

A fleet of them will allow increasing the transportation of grain along the Dnipro, emphasizes Ignatenko. Grain-Transshipment relies not only on its own financial strength but also on the support of the EBRD.

Today, the company already has 10 vessels, tugs, and barges. For comparison: the monopolist of the river transport of agricultural products “NIBULON” has 40 non-self-propelled vessels and 15 tugs.

As we wrote earlier, Ukrainian inventors, instead of barges, maritime transport experts propose to fuse export grain downstream of the Dnipro with the help of a giant elastic raft and mini-towboats.

Deep Bomb: US and China Are To Build a Modern Port Near Odessa for $ 250 million for Panamax