The EU will continue to increase imports of beef, reports UkrAgroConsult, citing information from the Meat & Livestock Australia (MLA).

In 2017, the consumption of beef by the EU was second after the United States, having eaten a little less than 8 million tons, which is comparable with China and Brazil.

At the same time, the demand for beef in the EU exceeds domestic production. By 2030, the European Commission estimates that the EU will need 353 thousand tons of imported beef to cover the domestic deficit.

16% of all beef consumed in the EU is in the UK. One Briton eats 17.9 kg per year. They are followed by the French, Germans, and Italians.

Moreover, Britain is the largest beef market for Australia, and its possible exit from the EU would make the supply of meat there even more attractive for the Australians.

Australia and the EU are now preparing for a free trade agreement (FTA). The result of these negotiations will be the main factor determining the prospects for Australia on the beef market in the European region.

Over the past year, almost 17.8 thousand tons of beef arrived in Europe from the country of the Southern Hemisphere, of which 98% is chilled meat and 2% is frozen. 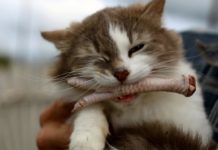 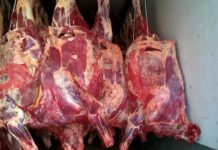