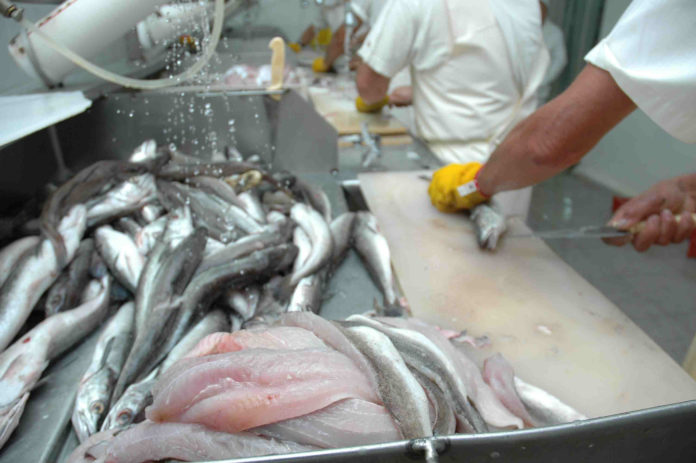 Seafood processing water could be used in animal food production. This conclusion was made by specialists from Chalmers University of Technology (Sweden), according to New Food Magazine.

Water used in processing seafood contains proteins, peptides, fats, and micronutrients and could be used in food production, or even as a pre-prepared stock.

Technologists have found a way to get these nutrients back to the food chain.

During the processing of herring, shrimps, and mussels, a large amount of process water is continuously pumped out as waste by the seafood industry. The water is used when boiling shrimps or mussels, or when filleting, salting and marinating herring, for example.

But these side stream waters contain proteins, peptides, fats and micronutrients, which could be recycled and used, for example by the food industry, as an ingredient in feed or for growing microalgae. In fact, the leftover boiled water from shrimp preparation is basically a ready-made stock.

“There is a huge demand for alternative sources of protein in society,” explains Professor Ingrid Undeland of the Department of Biology and Biological Engineering at Chalmers University of Technology, who coordinates The Nordic project Novaqua.

When the research team measured the composition of process waters, they found them to contain up to 7 per cent protein and 2.5 per cent fat. In process waters from shrimp, astaxanthin, a red pigment and antioxidant often used as a dietary supplement, was also present.

“Our calculations show that in a primary processing plant for herring, as much as 15 per cent of the herring protein coming in to the industry leached out into the water and was treated as waste, thereby lost,” says Prof Undeland.

Using a two-step process, the research team managed to recover up to 98 per cent of the protein and 99 per cent of the omega 3-rich fats. The process resulted in a semi-solid biomass and a nutrient-rich liquid. After dehydration, biomass from shrimp boiling water was shown to contain 66 per cent protein and 25 per cent fat. Two tests were made, together with the University of Gothenburg and Skretting ARC, using this new biomass as an ingredient in feed for salmon, and the results were encouraging.

The nutritious liquid was used for glazing frozen fish, thereby protecting it from going rancid. It turned out to be slightly more protective than water

The process of recycling waste waters can be a cost-effective alternative to cleaning them, which is usually used by modern enterprises.