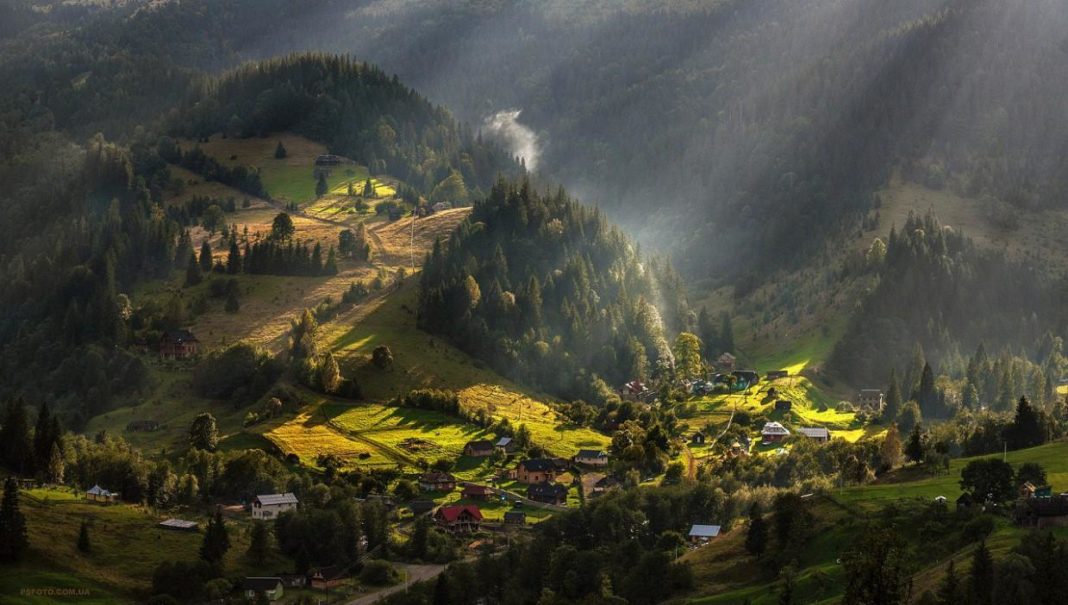 I would like to say one thing that not common among the Ukrainian agricultural mainstream. However, this is already being said on the other side, where we are turned with folded palms, sticking our knees into the fat black soil.

Well, for example. Europe refuses to vertical farms because they consume 14 times more energy than the conventional ones. But we want them so bad in the agrarian “smart” forums.

This is understandable, the Spaniard washes the water in the toilet only after the whole family goes there in the morning, the German washes a coffee cup, only when he drinks from it several times during the day, and we have counters that are far from being installed in all houses.

As if we take everything from life and for complete happiness, we lack only vertical farms.

Or Britain, for example, is waiting for Brexit, in particular, only to abandon the European system of subsidizing farming. They say that because of such support, agrarians destroy the wild environment, ruining the habitat of the unique flora and fauna.

In Ukraine, subsidies are like “The Holy Grail”, that, however, has already been got by certain people. If it happened in the EU, they might not have had to worry about the lands ruined by farmers.

Or here is another mantra, repeated and just repeated by numerous analysts: “Innovations”. But, first, the business cannot be done by innovation alone.

And secondly, for example, Canadian farmers do an excellent job without innovation. For example, why would they need a device for measuring soil density if they do this, using “old-fashioned” methods?

To use vintage methods instead of expensive modern technology is another upward trend of the American hinterland. To us, as the famous song of the Russian rock band “Chizh” says, “everything comes always several days later”.

Often, Ukrainian farmers, having received the first income, buy more various and expensive equipment of different brands. What for? Because for them it’s just “a shame” to drive around the field on a cheap car, even if they live in a cabin and pay a penny to their staff.

The “city boys”, however, live the same way, having a rented apartment, a loan and an expensive limousine.

Meanwhile, more and more aging American farmers, do not know to whom to leave their lands, young people prefer to develop urban farms. They fit perfectly into the “must have” set of the modern urban culture, consisted of falafel, barbershop, and co-working.

The style of progressive urban farmers of the “first world” is copied by the cities of the poorest African countries. But they can be understood because in their city slums there is neither work nor food. For example, residents of the capital of Uganda are constructing “hydroponics” on the roofs of sewage pipes and eggshell.

But why should an aging London top model grow vegetables and fruits at bus stops? Just to save the world or to follow the irreducible acceleration of neurons that always want a fancier lifestyle.

But respectable wealthy Australian farmers in the desert are not saved from drought even by big innovations, and they are forced just to give up business, not even for nothing, because their cattle are dying.

Because the climate is still the first to manage agrarians, stock exchanges, and prices, rather than innovations and progress.

Taking into account the globalized convergence of virtual borders of countries and even continents, the process has the speed of transmission of an online connection. If it rains in the USA, the sunflower price will go up in Ukraine.

It seems that commodities and the stock exchange are the main things that keep the global agrarian market. Now progressive scientists have added another alarm, the crops are suffering due to climate change.

And the world drought is also worsening because of cows and pigs, which emit carbon dioxide into the atmosphere. Therefore, in order for humanity to survive, it is necessary to reduce meat consumption to once a week.

Yes, the population of the globe is going to be several billion more, and they all breathe and defecate too. But something tells me that because of the fall in commodities, only the “press” in the bank vaults of their manufacturers and resellers will suffer.

Do cows and hogs spoil the air? Tell it to our villagers, they would call you “crazy”. The official statistics on Ukrainian meat would also cause confusion because the imports exceed exports.

Of course, you might think that Ukrainian lard is “dead” if you do not know that 80% of pork and beef are produced by households, and less than 5% of them want to report back to the tax authorities.

Go to any market, or in any yard of the city bedroom community in the early morning, and see the shelves full of fresh pork, milk, cottage cheese, homemade sausage.

And cheap imports are the so-called “trimming”, the price of which is $1.5 per kg. From it, that sausage that hangs in a large amount in the Ukrainian supermarket chains, is made.

That’s how it all mixed up in this “mad, mad world”. And somewhere on the edge of chaos, the real Eldorado for the western countries is, named Ukraine. Just recently, an American study came out, saying that holdings, and not small farmers, were still the most progressive form of agricultural development.

Futoshi Yamauchi, a professor at the International Food Policy Research Institute (USA), calls the policy of supporting small farms in Asia erroneous. So Ukraine appears to be on the very crest of a wave of advanced economics!

I suspect this is because the trend of “The Bothersome Man” has not yet rooted here, even though the tendency of indefatigable acceleration of neurons inevitably touched us, as well as the increase in productivity by any means, including glyphosate.

We will also have “to carry the cross” of global warming together with the entire planet, but even here we have already found some positive aspects: the Kherson, and then the Zaporizhzhya regions began to grow kiwi and saffron.

So, “om mani padme hum”, which means: “Look for the pearl in the lotus flower, dispel ignorance and confusion, dissolve greed and anger.” And even if the winter is coming, the summer will also come soon.