In the first nine months of 2018, the export of Ukrainian greenhouse tomatoes dropped to a historic low, the website “Agrarii Razom” reports, citing the Ukrainian Horticultural Association (UHA).

From January to September, Ukraine shipped 10.7 thousand tons of tomatoes to foreign markets, which is a third less than the volume that the country exported in the same period of 2017. In financial terms, exports fell by 20% to $8 million.

Experts attribute this trend to a strong drop in the supply of greenhouse tomatoes on the Ukrainian market due to cool weather, a decrease in average temperatures during the night, and sharp temperature changes during the day.

Because of this, the ripening of tomatoes in greenhouses slows down, their selection is reduced.

We also wrote earlier that in the first seven months of 2018, Ukraine reduced tomato exports by 24% compared to the same period in 2017. The demand for Ukrainian tomatoes from their main buyer, Belarus, which accounts for 75% of all Ukrainian exports of this product, declined.

At the same time, the import of tomatoes has significantly increased, by 1.7 times since the beginning of the year. Ukraine imported 48 thousand tons of tomatoes in the amount of $30.8 million and this is also a record since independence. 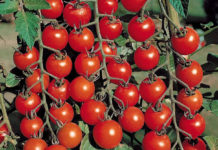 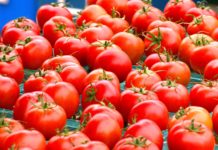 Red Area: The Largest Tomato Processor Will Double the Area Under Organic Vegetables 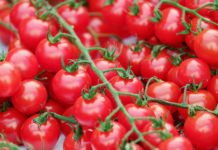 Getting High: the Dutch Warm the Greenhouses by Servers