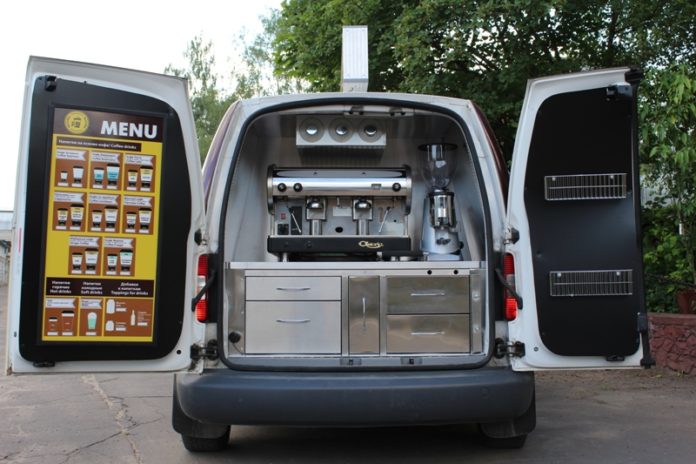 In Kiev, the business on mobile and mini-coffee shops is growing. Due to the active lifestyle of the locals and the habit of having a snack “on the run”, it is constantly growing, and such a business pays off very quickly, “Fakty” report.

Mikhail Glovinsky, the owner of one of the mini-coffee shops, says that he opened his business 4 years ago when he moved to Kiev from occupied Makeyevka. He paid off the investments already in six months.

“The business is accessible to all. The input capital is from $2 thousand. The liquidity is very high, at 100%,” the entrepreneur says.

More difficult is the situation with official permits, especially in the case of mobile coffee shops.

Each car must stand in a well-defined place, which approved the city authorities. This area must be purchased at auction. The starting price is 15 thousand UAH, and in the center of the capital, the rates can reach 1 million UAH per one place for a year.

“The market determines the cost of the lot itself,” said Taras Panchiy, first deputy director of the Department of Local Improvement of the KCSA.

Now only 200 cafes work legally in mobile trade in Kiev. About 1000 remaining are operating without permits.

“The inspector checks them and gives the order. After that, coffee houses are shifted by 10-15-20 meters. And when the dismantling brigade arrives, they have no right to dismantle them,” says Panchiy.

To combat this, they are planning to increase the number of dismantling brigades. In the meantime, coffee-mobiles are increasingly filling the capital. They stand everywhere, near the subway, the business centers, and near the stations, several at once.

Buy and Save: a fruit storage in Ukraine pays off just over 4 years