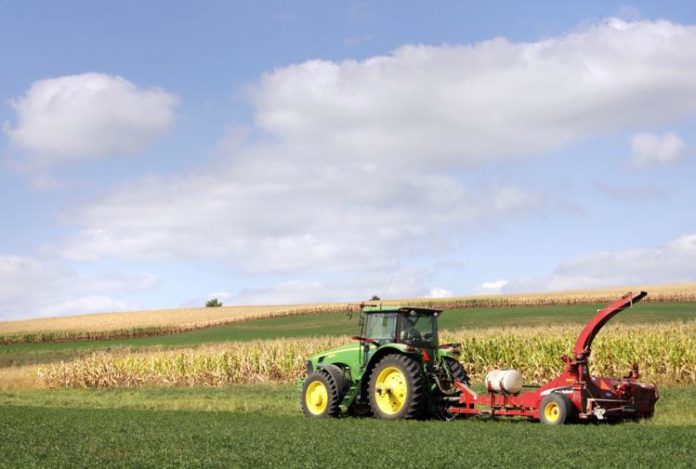 A Startup Agrograph, created by the scientists of the University of Wisconsin-Madison (USA), has already been dubbed a “holy grail” of agriculture, The Cap Times writes.

The software models any type of crop production and accurately predicts crop yields anywhere in the world, right down to a specific area. “If you’re farming corn in Iowa, or you’ve got a broccoli farm in the U.K.,” says James O’Brien, co-founder of the startup.

He created “Agrograph” together with another scientist Mutlu Ozdogan, whom he met in the preschool their children. Ozdogan has long been involved in “tinkering” with crop prediction tools, and his interest in commercializing them.

Ozdogan had an extensive background in using satellite-acquired data to map and model things like irrigation systems. O’Brien, for his part, was a Madison-area business consultant with a history of working with agricultural technologists.

The third author of Agrograph is a software-developer Pavel Pinkas, a chemical engineer, Ph.D. in technical science at Prague Institute of Technology.

The technology of precision farming was not created for farmers, its creators say, but for those who serve agribusiness — lawyers, auditors, crop insurers, grain distributors, and so on.

According to O’Brien, experienced farmers do not need such a software so much: they have their own databases of harvests collected over decades, on the basis of which they make forecasts themselves.

In addition, agricultural enterprises have a powerful technological resource in the form of precision farming.

Companies that work with those producers, however, lack the same degree of data-driven insight, said O’Brien. Predictions for crop yields are often based on reports from individual farms, with few means of independent verification.

For independent auditors, the same auditors often have to rely on questionable yield data from individual farms or open sources.

Agrograph solves this problem by providing historical data of a million fields, he does the assessments of crop levels, productivity, irrigation status, water losses, and environmental consequences.

The technology unlocks a huge amount of satellite data, covering all major regions of the world’s agricultural production from Latin America to China, and provides a variety of information products based on them.