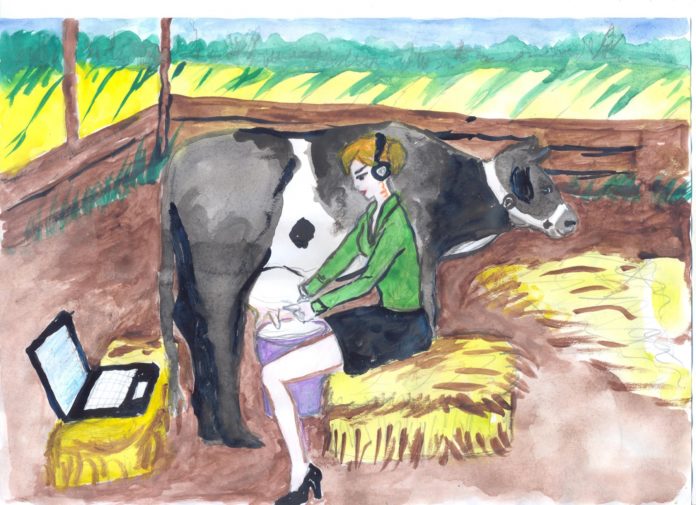 Why are innovations in the agricultural sector still not working at full capacity?

Nowadays we talk about artificial meat, vertical greenhouses, and drones, but as producers of agricultural products we forget that we must focus primarily on the consumer, and it is actually him, who decides what we should produce.

And today’s consumers are very different, they differ in income, in religion, and in lifestyle (for example, vegetarians). They are more segmented and require fresh products from the local farmers and kiwi on the table all year round.

On the one hand, a consumer wants a watermelon without seeds, and on the other hand, he does not want to pay much for such products. There is no classic average consumer anymore. Producers are segmented after consumers.

No matter how we wanted to use a self-propelled tractor, we wouldn’t get to the field, when there is no road

Today a typical farmer has funds, land, farm labor. The manufacturer of a machine and technology thoroughly explain to him how to use it. But a farmer also depends on the opinions of the neighbors.

At the other extreme is a large enterprise. This is a huge mechanism, consisting of managers of working personnel, with a complex management system. And innovations come first through leadership, but they should not forget about the low-level staff.

Innovations often do not reach tractor drivers and milkmaids, and they often do not understand what effect GPS control gives to their work, for example.

When scientists analyzed the behavior of people with low skills and low intelligence, it turned out that they considered themselves to be great experts in all fields. Conservatism in the perception of innovations is largely associated with this.

We ourselves, as managers, are partially lost in innovation. A large proportion of them being implemented by holdings is associated with security to prevent stealing. It is not surprising that the skills of the low-level personnel do not correspond to the desires and innovations in large companies.

In addition, in Ukraine, there is no independent consulting and independent scientific thought.

For example, in the Netherlands, which is the leading country in the use of innovations, education, science and company employees are united. To link them are the consultants who work with mid-level employees.

They work closely with associations and agro-hubs and have an innovative influence on the education system.

As a result, precision agriculture was widely included in modern production in the 1990s, but until recently it stood still for a long time. And only a few years ago it began a powerful breakthrough in all areas of its development, the automation, image, sensors, big data, bioengineering.

What is the future of the agricultural managers of large companies? Meetings, reporting, and plans, where to send equipment, operational work, all this will not be any longer. A manager will become the operator of automated systems.

The agricultural manager of the future is essentially an analyst who makes decisions and does this with the help of new developments.

Therefore, we need to do a lot more to make innovation work. But, unfortunately, in this process, I put the restoration of infrastructure in the first place. Because no matter how we wanted to use a self-propelled tractor, we would not get to the field if there is no road. And education and science in Ukraine are at the level of the year 1965.

In order to attract investors, we need to open up the land market, we need to restore effective irrigation, especially in the south, to look for new foreign markets.

We need to revise the labor legislation and open the border for more qualified personnel from abroad because our own is not enough. 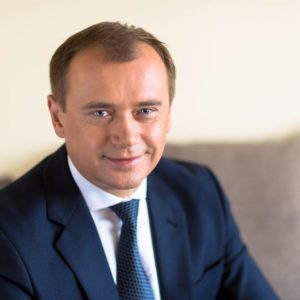 Based on abstracts of the Conference «Large farm management 2018» 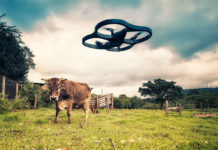