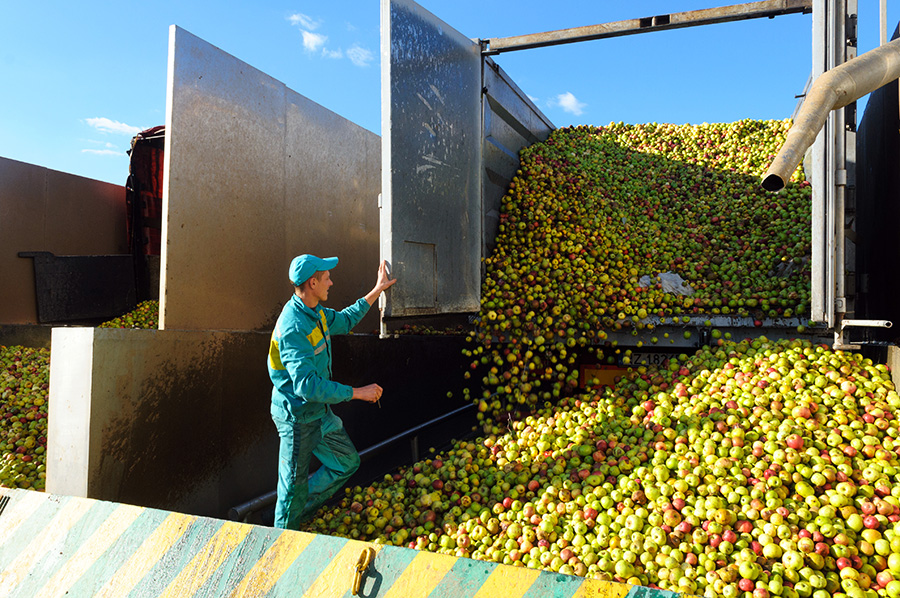 Since October 8, the Polish government is launching a program, according to which it plans to buy 500 thousand tons of industrial apples from domestic gardeners, e-sadownictwo reports.

It is expected that this will improve the situation for producers who, due to excessive harvest, are trapped in low prices, and may change the overall situation on the market.

A certain state-owned company will be engaged in procurement of surplus. It is planned to produce them at various places in the country, at a price of 0.25 zł per kilogram (approximately $0.07), twice as high as the present market price.

Farmers are promised to pay for apples in just a few days. Details of the state program are being finalized.

However, manufacturers do not rush to rejoice. First of all, because apples from state stocks will be used to produce a concentrate, and this segment is not so strong.

Instead, they see it more appropriate to recycle these fruits and use them to produce biogas or alcohol.

Also, farmers are interested in the rules according to which the purchase will be carried out. After all, half a million tons is a pretty decent part of the crop, which is estimated in 2018 at a record 4.5 million tons.

Skeptics believe that state intervention may only worsen the situation. In their opinion, the best solution would be to leave the apples to rot under the trees.

At the same time, as east-fruit writes, such a move by Poland could lead to an increase in apple prices in neighboring Ukraine and Moldova, which by the way, now are trying to push Poland off its leading position in the production and export of concentrated juice, as well as frozen fruits and vegetables.

This threatens to Poland with a loss of about 50 thousand employees.

Needless Apple: Apples for Industrial Processing are Critically Cheap, and Their Price Keeps on Falling