Export of biodiesel from Ukraine is still invisible. We have the prerequisites to become a major supplier of this product to foreign markets. This opinion was expressed in his column on “UkrAgroConsult”, the regional representative of the Malaysian Palm Oil Council in the CIS countries.

The expert explains that the current situation may change after the adoption by the parliament of the bill registered in the Verkhovna Rada under No. 7348. The main innovation of this document is the establishment of mandatory quotas for producers and importers of motor fuel for the content of biocomponents in the total sales in Ukraine and fines for non-compliance requirements.

The document has already received the support of the transport committee of the Verkhovna Rada. The final draft law is expected in the near future, then the adoption of parliaments.

“In fact, Ukraine has the potential to increase production of biodiesel based on any of these three oils,” the expert notes.

In addition, for its own plants for refining, Ukraine already produces a large number of fatty acid oils, another component of biodiesel. Low cost and high quality can make the fatty acids of deodorization a good raw material for its production. 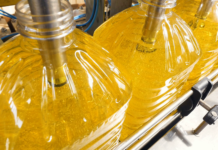