The Epicentr K group has invested more than 1.1 billion USD in its business in three years, said Vasily Moroz, head of “Epicentr-Agro”, in an interview with “Liga.Business”.

This is without taking into account investments in the land bank, says Moroz. According to him, the agrarian sector of the company in the year 2018 will receive proceeds from sales of about 4 billion USD.

“Epicentr-Agro” is making plans to buy or build a portable elevator in the Odessa region, and to expand the land plots in Vinnytsia, Khmelnytsky, Ternopil and Kiev regions.

Moroz also expresses confidence that the land market in Ukraine will open as early as 2019, but notes that Epicentr is not planning to buy land immediately because he does not expect them to immediately start selling at fair prices.

As for the use of innovations and experimental technologies in agro, then, according to Moroz, he is a supporter of their weighed application. Like, to focus on this only when solved the basic problems, compliance with the timing and quality of agricultural work.

“One must understand that precision agriculture can not guarantee success in advance,” he argues. “Recently, I visited American farmers who said they did not bother with such technologies, but still have good results.”

As we wrote earlier, in 2018, “Epicentr-Agro” is going to acquire 300 grain carriers and four route elevators. 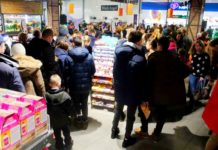 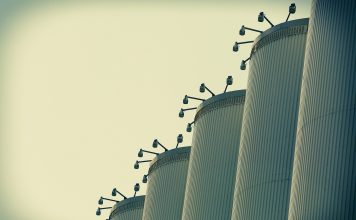