Growing starch-containing varieties of potatoes is much more profitable and easier than commercial potatoes, says Alexander Lazar, the head of “Vimal-Agro”, the structural unit of the largest Ukrainian starch plant “Vimal”, the press service of the Ukrainian Association of Potato Producers reports.

In this season, the enterprise planted starch-containing varieties of potatoes in all its cultivated areas (about 95 hectares) in the Chernigov region and remained satisfied by the result.

According to Lazar, despite the fact that the cost of growing starch-containing varieties of potatoes is lower compared to commercial potatoes, a manufacturer does not need to worry about its marketability or the size of the fraction. In addition, the company managed to get a good harvest and indicators of starchiness. For example, the Eurostarch variety at 33 t/ha gave starch in 20.2%, the 27 t/ha of Caruso variety has a starch content of 18.2%, and the Kuras variety at 30.5 t/ha has a starch content around 20-21%.

Such a potato is received by the plant from the company at an average price of UAH 2.7/kg, and this price is completely satisfactory to the manufacturer.

“No one will force us to do business with commercial potato, it’s not profitable,” says the agrarian.

According to him, the seed potato of starch-containing varieties, harvested from 25 hectares of acreage, in addition to being left for own needs, has also been sold.

We recall that, despite a 10-15% reduction in the area under potatoes, this year the harvest of professional producers will be about 45-50 t/ha, while last year it was possible to harvest about 40 t/ha.

The sale of commercial potatoes of the 2nd group from the field now goes at a price of 2.5-2.7 UAH/kg. High-quality potato costs minimum 4 UAH/kg. 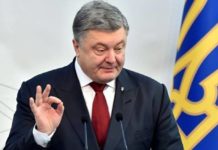 Starchy Roshen: Poroshenko is to build a manufacture for the production of modified starch

Starchy Roshen: Poroshenko is to build a manufacture for the production of modified starch