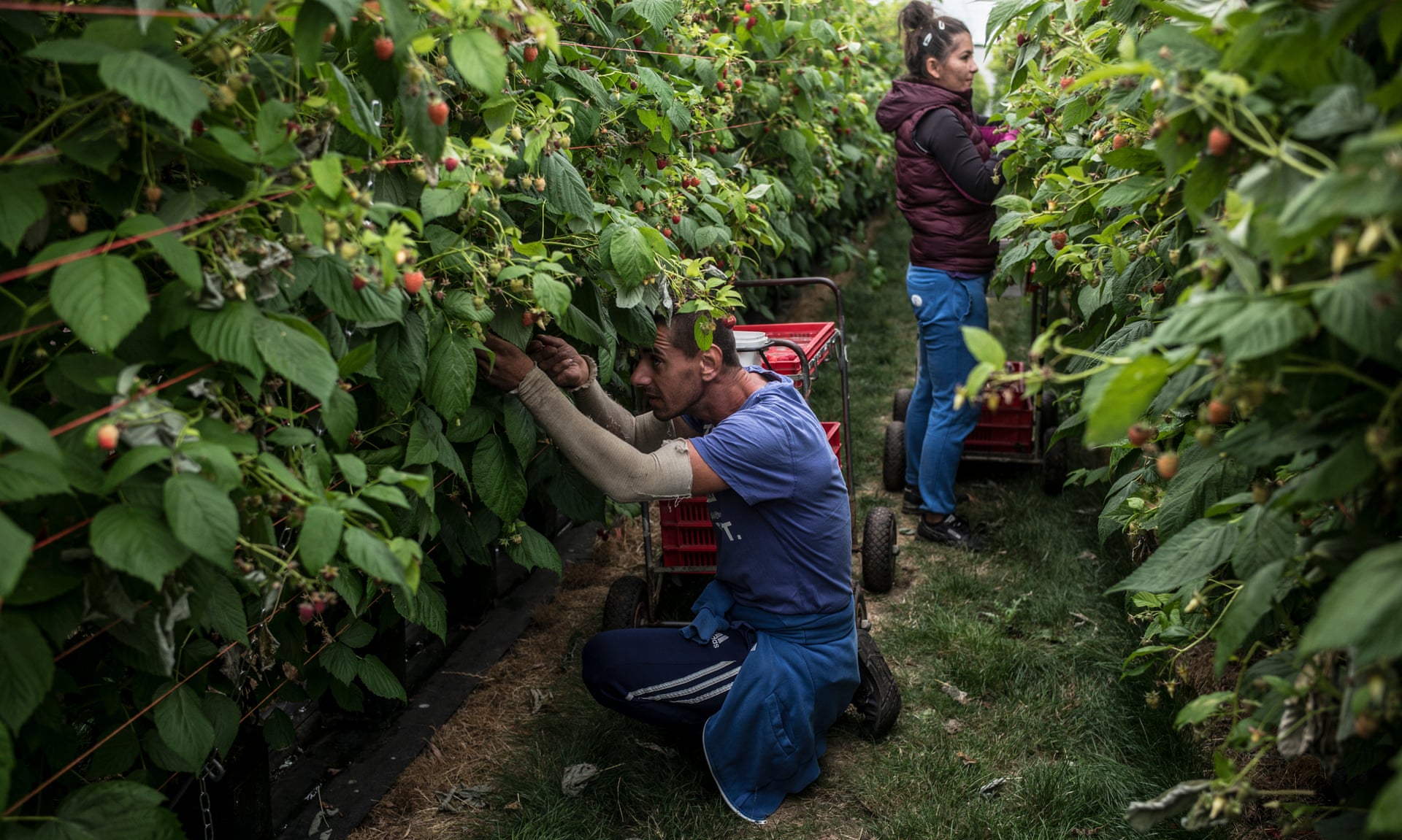 A new government visa scheme for agricultural workers has been criticised by farmers and fruit growers for not going far enough to plug the gap blown open by Brexit. The new scheme will be capped at just 2,500 a year, The Guardian reports.

Farmers, and particularly summer fruit growers, have been protesting that they are already facing shortages this year, with the prospect of food rotting in the fields.

“To have any effect in terms of supporting our successful industry, (a desire much-stated in the release) around 10,000 are needed now – not 2,500 – this number will have little effect on the current shortages UK farms are facing as we speak. The proposal represents a 4% increase in a shrinking workforce, said Nick Marston, the chairman of British Summer Fruits.

Marston said rivals to Britain such as Germany had already addressed big shortages, issuing visas for 60,000 Ukrainians in 2018, for example.

His view was echoed by Ali Capper, the chair of the National Farmers Union’s horticultural and potatoes board and chair of the English Apples and Pears umbrella growers group. She described it as a “fantastic” start but said it was not nearly ambitious enough.

Under the pilot scheme, non-EU migrant workers will be able to work on farms for six months and then leave the country, while many are now required all year round because of the boom in the sector.

The environment secretary, Michael Gove said he had listened to the “powerful arguments” of farmers that the pilot would “ease the workforce pressures” and promised to review its results to look at how best to continue supporting fruit and vegetable farms.

Soft fruit growing is one of the few areas in which Britain is entirely self-sufficient, producing all raspberries and strawberries consumed in the country and contributing around £2bn to the economy in the last years.

As we wrote earlier, Ukraine itself suffers from a shortage of workers on farms. Therefore, the state will annually spend a billion UAH to keep domestic agricultural workers from labor migration.

Banana Republic: bananas account for a half of the import of exotic fruits in Ukraine