During the first three months of the 2018/2019 season, Ukrainian producers exported the record 20,000 tons of frozen berries and fruits on the foreign markets, and received $ 35 million of export earnings, which is 80% more than in June-August 2017/2018, EastFruit reports.

Analysts explain the new record with a sharp increase in raspberry production in 2017. Due to a lack of capacity for freezing, a large number of products could not be realized then.

But at the end of 2017, Ukrainian producers founded several projects of fast-freezing the fruit and vegetable products. In the new season, these capacities began to work, and new harvests were growing.

In particular, due to the growing production of strawberry, raspberry, blackberry and blueberry, as well as a good harvesting of wild berries such as bilberry, the prices in the market have extremely fallen.

For example, the raspberry of summer varieties was sold for freezing at 7-10 UAH/kg and only in exceptional cases it could be higher. In the fresh market, the price of raspberries did not exceed 20 UAH / kg.

Today even remontant raspberry varieties the processors purchase at a very low price. This allows them to form a good base for further successful exports.

And despite the fact that world prices for berries are also quite low, exporters may not have problems in making profits, analysts say.

Earlier, Irina Kukhtina, the president of the Ukrainian Berries Association reported that over the past 4 years, Ukrainian berry producers increased their exports 10-fold.

For example, last year, the export of berries amounted to about 30 thousand tons, although previously it did not exceed 3-4 thousand tons. According to her, Ukraine exports most raspberries, and in the domestic market, the strawberry is popular. 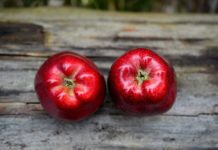