As early as October, 43 retail outlets that united by the Ukrainian retailer Avanta Group will change their signboards to “Eco-Market”. This was stated by Viktor Povnitsa, president of “Eco-Market”, reports Retailers.

According to him, the Avanta Group has become a franchisee of the “Eco-Market”.

Povnitsa claims that they have been negotiating with the Avanta Group for almost a year and initially did not consider the option of franchise cooperation. During the negotiations, the sale of the company was being discussed, as well as its transfer to the Avanta Group, but as a result of the analysis of working business models and risks from their implementation, they came to a decision about the franchise.

Also, representatives of the “Eco-Market” network say that thanks to their first franchisee, they will be able to develop a standard package for future franchise buyers, which they plan to open next year.

Contrary to official statements about the franchise, two independent sources claim that “Eco-Market” bought out the retail business of the group (43 “Kolibris” stores and 15 “ABC Market” franchise outlets).

According to them, this is particularly true of suppliers who work with the “Kolibris” network. They say that the operating business and retail outlets have moved to the “Eco-market”.

Moreover, even in the summer of last year, the “Kolibris” network was put up for sale. Then it consisted of 53 stores, and its value was estimated at 100-150 million UAH.

It is interesting that since the spring of this year Avanta Group and VolWest Group have been waiting for permission from the Antimonopoly Committee of Ukraine (AMCU) to merge and a month ago Victor Korsak, co-founder of VolWest Group reported that there was still no permission.

Earlier it was reported that three large grocery retail chains, including “Eco-Market”, would begin selling franchises in the near future.

Andrey Krivonos, head of the Ukrainian Franchising Association, also reported that large food retailers in Ukraine were quite inert in this regard, because they were afraid to reveal the intricacies of their business to potential franchise buyers, because often there were cases when they bought a franchise, and then opened their own business, which copied the franchisor. At the same time, this is a good way to develop for small networks and the potential of Ukraine in this market is huge. 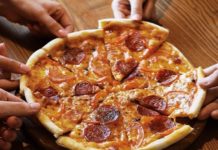