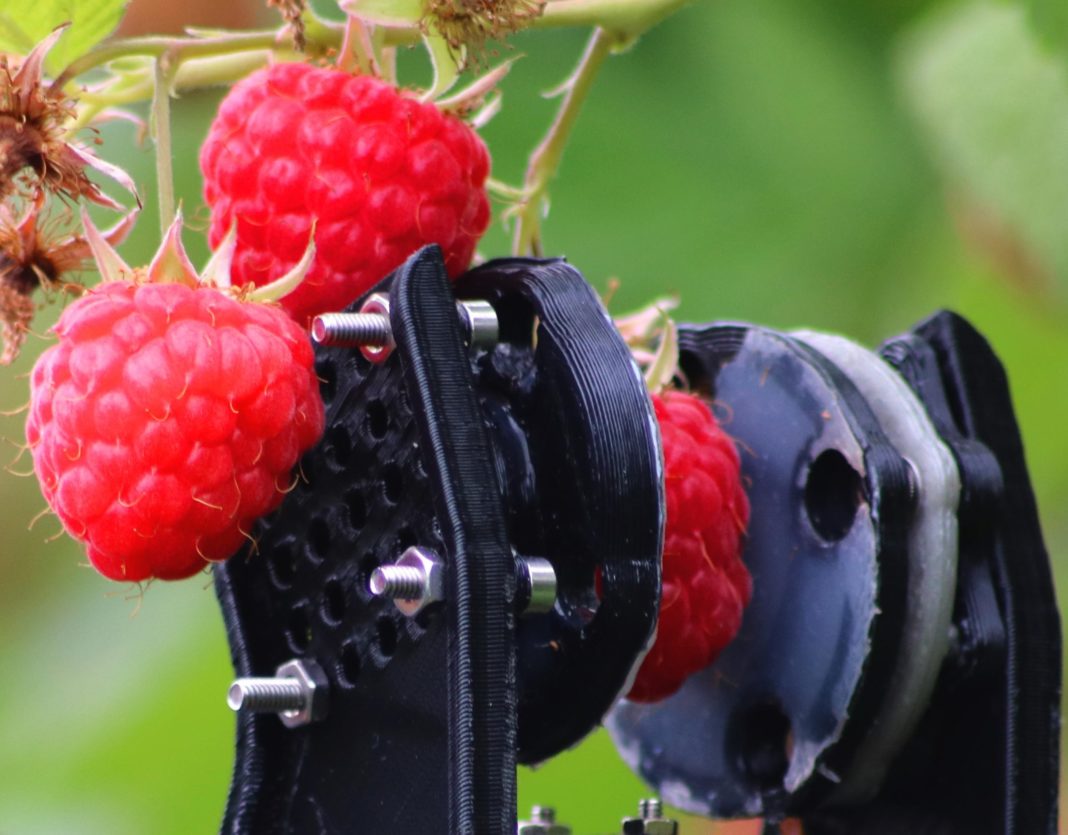 In the UK, scientists and students at the University of Plymouth developed a universal robot for harvesting. It can work with hard and soft fruits. His “hands” are able to pick raspberries 120-130 hours a week, and a human can do it only during 40 hours.

Now the miracle equipment is tested on raspberries that for robots are hard to pick, then the robot switch to easier types of fruits and vegetables  (cauliflower, tomatoes).

The machine can be used also to collect data for managing harvest, agf.nl reports.

To capture crops, it uses a kind of sticks with a soft material and precise sensors. This allows the pads of the “fingers” to pick the raspberries correctly without damaging them. 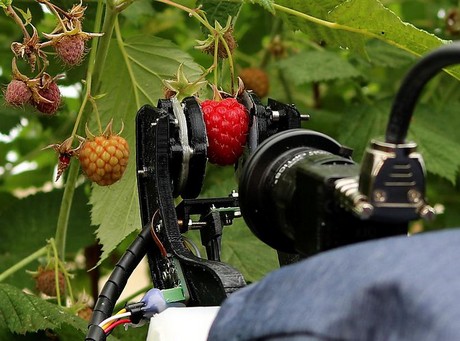 The robot has already found supporters among the agrarians. As part of the experiment, it will process the fields for the company “Hall Hunter Partnership”, which grows 14 thousand tons of raspberries, strawberries, and blueberries for supermarkets.

The developers are sure that this machine is the future for gardening. It will help to solve problems with staff shortages. Also, the invention, in their opinion, can improve the quality of the crop due to its consistency, reducing the risks to hygiene. And 3D cameras and sensors can monitor the state of the crop constantly on a large scale.

We recall that earlier it was reported that China launched a seven-year program to replace farmers with robots.