The only enterprise in Ukraine that processes flax is the “Nizhynsky Zhyrcombinat”, which may soon stop working with the producers of this crop, increasing the capacity for processing sunflower. This was reported by Nikolay Shkurko, Director General of LLC “Syavo”, Chairman, Board of Directors of the Association of Flax Growth and Hemp Development of Ukraine “, AgroPortal.ua reports.

According to him, even for one enterprise in Ukraine, there is too little raw material.

In the world market, Ukrainian seeds are also not in demand, since they are sold at a higher price than the seeds of the leading countries. By the way, according to Shkurko, redistribution happened recently among them.

The leadership in the world production of flax now belongs to Kazakhstan, which produces 1.1 million tonnes of this crop seeds, and in second place is Russia with production volumes of 0.7 million tonnes. Canada, which previously led, today produces three times fewer flax seeds, than Kazakhstan and twice less than Russia.

The share of Ukraine in the world market of flax production this year is 1.4%, which in volume corresponds to 32 thousand tons.

Moreover, in the last two years, the areas under flax have been sharply reduced in Ukraine.

The main factor that led to this situation, Shkurko considers the effect of 10% export duty, which the leading countries do not have. As a conclusion, any recommendations of scientists to develop flax growing in the arid regions of Ukraine, remain only a theory and can not be implemented in practice.

Earlier it was reported that according to scientists, from a hectare of flax you can earn 27% more profit than a from a hectare of sunflower. It is because the average profitability of sunflower is 79%, whereas flax can reach even 150%. However, it should be noted that technologically the flax is a much more complex crop: mowing it is not easy, and very light grain can scatter. 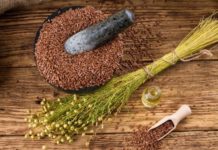 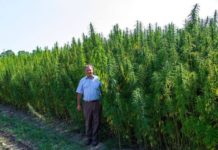 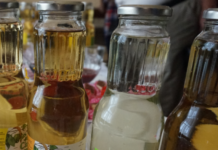 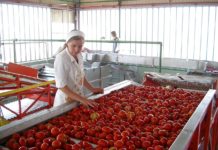 Fruitfulness: in 2019 the State Will Allocate Money for Processing Fruits and Vegetables

Sushi With Salo: To Get To The Japanese Market, You Need Local Residents And Must Have A Story