The Agroton Group of companies purchased the Siversky Elevator from the Kernel agricultural holding, according to the company’s semi-annual report published on the Warsaw Stock Exchange website.

For the elevator for 15 thousand tons of one-time storage, Agroton made an advance payment of $ 489 thousand. The total amount of the transaction is $ 630 thousand.

Agroton announced the need to expand grain storage capacity and, in particular, to purchase the Siversky elevator in July, after it had lost the opportunity to store grain at Novoaidarsky elevator, which was leased from the State company “Khlib Ukrainy”.

The State Register estimated this object, built by Kernel, at 17.325 million UAH. ($ 640 thousand). It is located on the border of Donetsk and Lugansk regions. It is in Lugansk, as well as in neighboring Kharkov region the land bank of Agroton is concentrated.

Before the purchase of the Siversky elevator, the agro-holding owned four elevators with a total capacity of 235,000 tons.

As we reported earlier, for the first half of 2018, Agroton compared with the same period last year increased its net profit by one and a half times to $ 11.8 million. 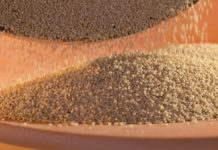 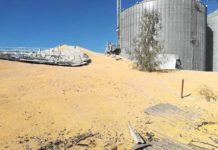 Bread Quarter: With the Increase of World Grain Prices, Ukrainian Bread Will Rise in Price By 25%