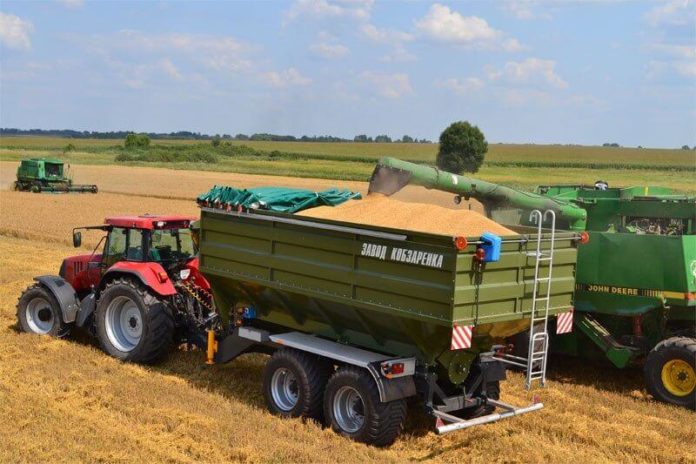 Against the backdrop of the global grain crisis, Ukraine looks better than others: the harvest here, though it will decrease, but not too much.

Against the backdrop of the rise in world prices due to low harvest, Ukraine can get significant export advantages, but domestic prices may go up, according to “Strana”, referring to the opinion of Denis Marchuk, head of the All-Ukrainian Agrarian Rada.

According to the US Department of Agriculture, world wheat production in the 2018/2019 season will decrease by 21.7 million tons, up to 736.2 million tons.

In the main grain countries Germany and France, crop losses have reached at least 20%. The European Fruit and Vegetable Association reports that because of the extreme heat in Europe, the largest vegetable crisis in the last 40 years has broken out.

Russia and Kazakhstan will reduce the grain harvest by 20-25%. And Russia is already planning to introduce an export duty. Ukraine’s losses will be only 8-10%, assures Marchuk. And for fruits and vegetables, the drop in harvest is also minimal.

So, Ukraine will harvest wheat by 2 million tons less than last season. “But this will not affect the food security of the country,” says Marchuk.

The expert is sure that this gives Ukraine good foreign trade chances. Producers of agricultural products will bring more currency into the country, which in turn will slow down the devaluation of the hryvnia.

The other side of the coin Marchuk considers the inevitable rise in prices for the main products within Ukraine — bread, milk, meat.

At the same time, Alexey Doroshenko, head of the Association of Trade Network Suppliers, believes that the excitement on the market is being promoted intentionally.

“There is no reason for such a rise in prices,” he says, “if prices rise by a third, bread will be more expensive for us than in the Baltic states and Hungary, at most, it may grow by 1 UAH. People simply can not pay more”.

Ukraine is the largest grain exporter, experts say. And its domestic quotations correlate with prices on international exchanges, which have now gone up.

But there is a risk that just the fact that exporters will export more grain from the country will affect the growth of prices for Ukrainian food.

Tutti Frutti: the Farmer is to Receive More Than 300 thsnd UAH of a Grant for the Production of Fruit Eco Chips