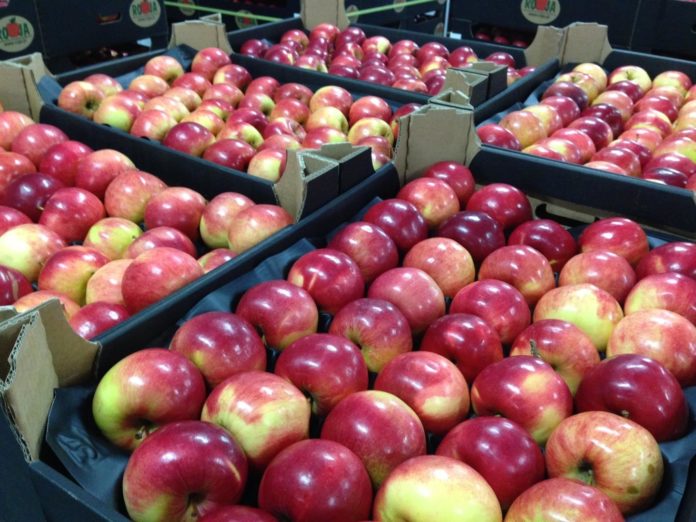 In July 2018, Ukraine exported a record volume of apples for this month — 1,400 tons. This indicates a significant progress in the development of the horticultural business infrastructure. There are more and more fruit storages, and the quality of apples has been maintained for a longer time at a high level, according to the Ukrainian Fruit and Vegetable Association.

The association notes that, as a rule, the stocks of domestic apples are exhausted in May. Then you can find only Polish or other European fruits on the Ukrainian market.

This year the Ukrainian harvest lasted for a long time, both for the domestic and for the foreign market. In July 2018, compared with July last year, apple exports grew 7.6 times. Imports fell 9 times.

Of course, the producers expected higher prices for apples and held them until May. The artificial deficit slightly raised the cost, but in May the selling resumed and the prices went down.

In June and July, gardeners also did not receive a high price for their products, because there are many berries in the market. That’s why they began to look for opportunities to sell abroad, explained in the Association.

If in 2017 for May-July from Ukraine was exported only 200 tons of apple, then this year for the same period there are almost 7 thousand tons or 35 times more.

In general, for the season of 2017/18, the export of domestic apples exceeded 42 thousand tons, setting a new record.

We recall that this year the season of late apples, laid in the fruit store, will start late. This is due to the prolonged rains that have been occurred throughout Ukraine for some time.

Apples in the Snow: the Largest in Ukraine Refrigerator for Storing Apples is Being Built in Dnepropetrovsk