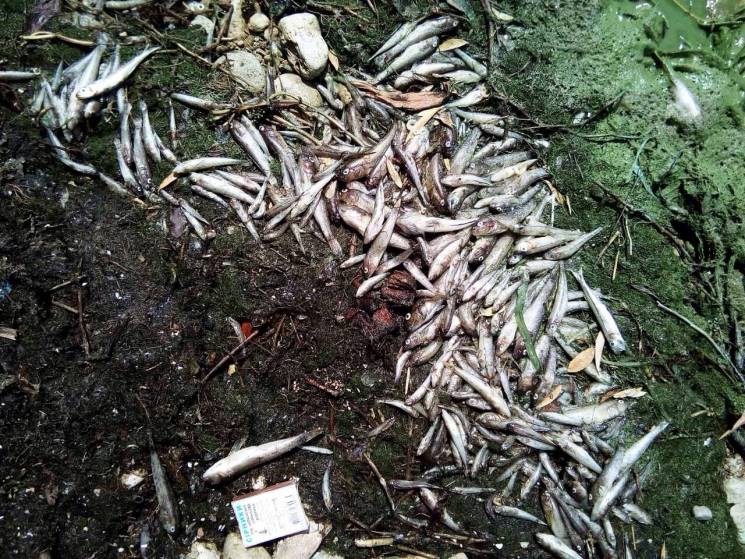 State Inspectorate for Environmental Protection of the Kherson region have established the cause of the mass death of fish in the Kakhovka Reservoir, that occurred on July 23-24 near Veseloye village and the city of Novaya Kakhovka, Yury Poputko, director of the Department of Ecology and Natural Resources of the Kherson Regional Administration, wrote on his Facebook page.

Inspectors recorded an excess of the maximum permissible concentration (MPC) of nitrites, nitrates and iron.

At the same time, the water of the Kakhovka water reservoir turned red. The red stream passed along the border with the Zaporozhye region and further along the Kherson region. Experts found 1 ton of dead fish.

Authorities of the Kherson region sent letters to the Security Service of Ukraine with a request to identify in the territory of Zaporozhye and Kherson region unknown toxic substances or companies that discharge them into the water.

Later, officials, together with the water police, examined the water area of the Kakhovka water reservoir and the Kakhovka main canal. But new concentrations of dead fish were not found.

An investigation is under way.