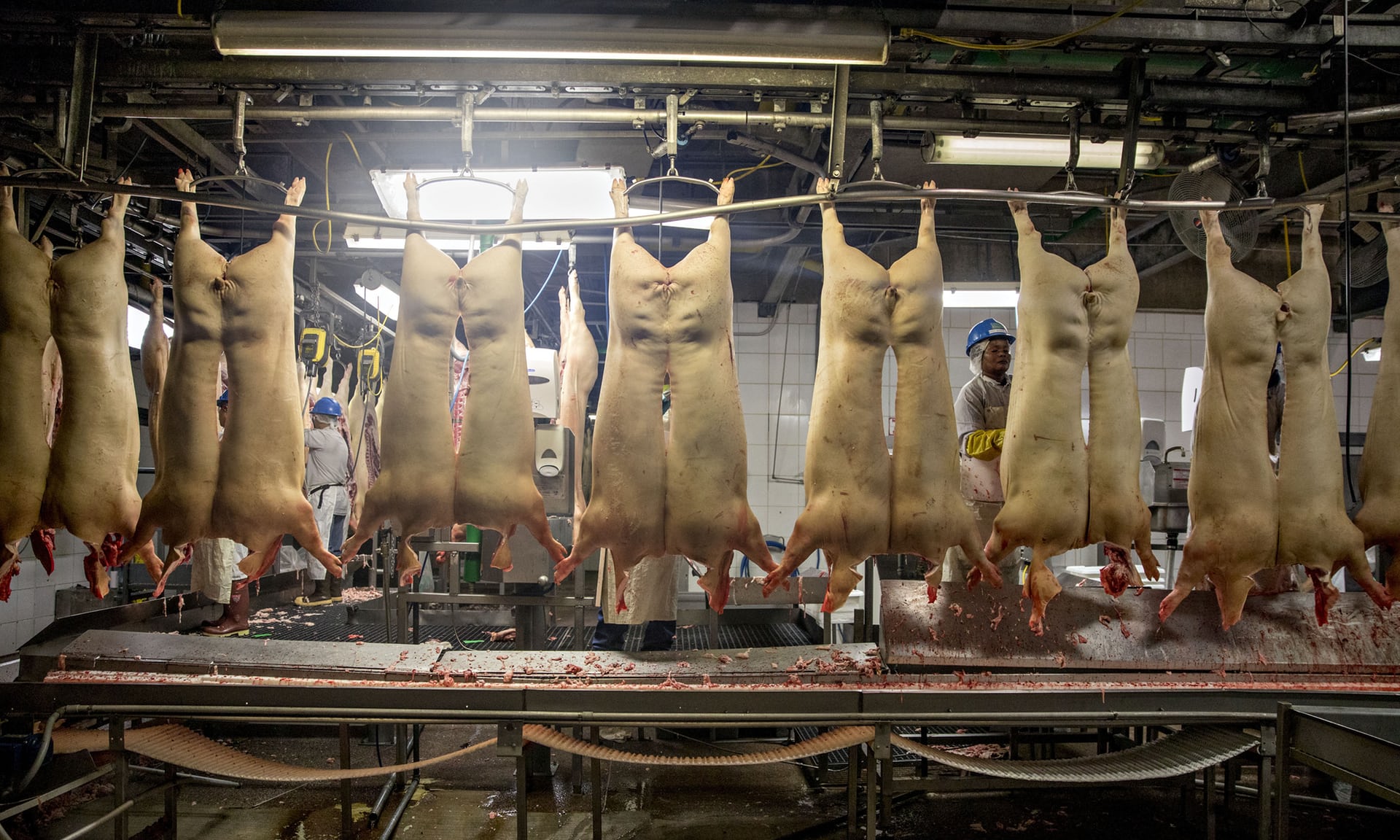 Government and industry bodies point out that there have been reductions in worker injury rates over the last couple of decades, although the figures still remain higher than average.

Records compiled by the Occupational Safety and Health Administration (OSHA) reveal that, on average, there are at least 17 “severe” incidents a month in US meat plants. These injuries are classified as those involving “hospitalisations, amputations or loss of an eye”.

Amputations happen on average twice a week, according to the data. There were 270 incidents in a 31-month period spanning 2015 to 2017, according to the OSHA figures. Most of the incidents involved the amputation of fingers or fingertips, but there were recordings of lost hands, arms or toes. During the period there were a total of 550 serious injuries which cover 22 of the 50 states so the true total for the USA would be substantially higher.

Chronic ailments are an even bigger issue, leaving many workers permanently disabled, and leading to losses and costs, both individually and publicly. According to one published study, carpal tunnel syndrome costs more than $2bn annually in medical treatment costs alone, for workers in all US industries.

However, some fear that aspects of a new system being piloted by the USDA may stall that progress. The New Swine Slaughter Inspection System (NSIS) will re-allocate some of the line inspection duties, and remove speed caps from the processing lines. USDA estimates that it could potentially save the agency more than $6m a year.

“I can attest that the line speeds are already too fast to keep up with. Please, I am asking you not to increase them any more”, protests plant worker Eric Fuerstenberg.

“If you complain about your hands, they just say you’ll be fine … they want you to put ice on it during your break time or lunchtime, rather than during production hours”, complain other workers.

“When it’s production at all costs, people are going to get hurt,” said Mark Lauritsen, head of the meatpacking division for United Food and Commercial Workers (the main union for meat plant worker in the US). “There’s really no need for this, taking the caps off the line speed – there’s plenty of capacity to kill plenty of pigs … but they’re just getting greedy about it.”

The USDA believes that the current inspection system forces vets to concentrate on areas that actually are not the priority for food safety concerns. They believe the NSIS will “improve animal welfare and compliance with the Humane Methods of Slaughter Act (HMSA); improve the effectiveness of swine slaughter inspection; make more efficient use of the agency’s resources; and remove unnecessary regulatory obstacles to innovation”.