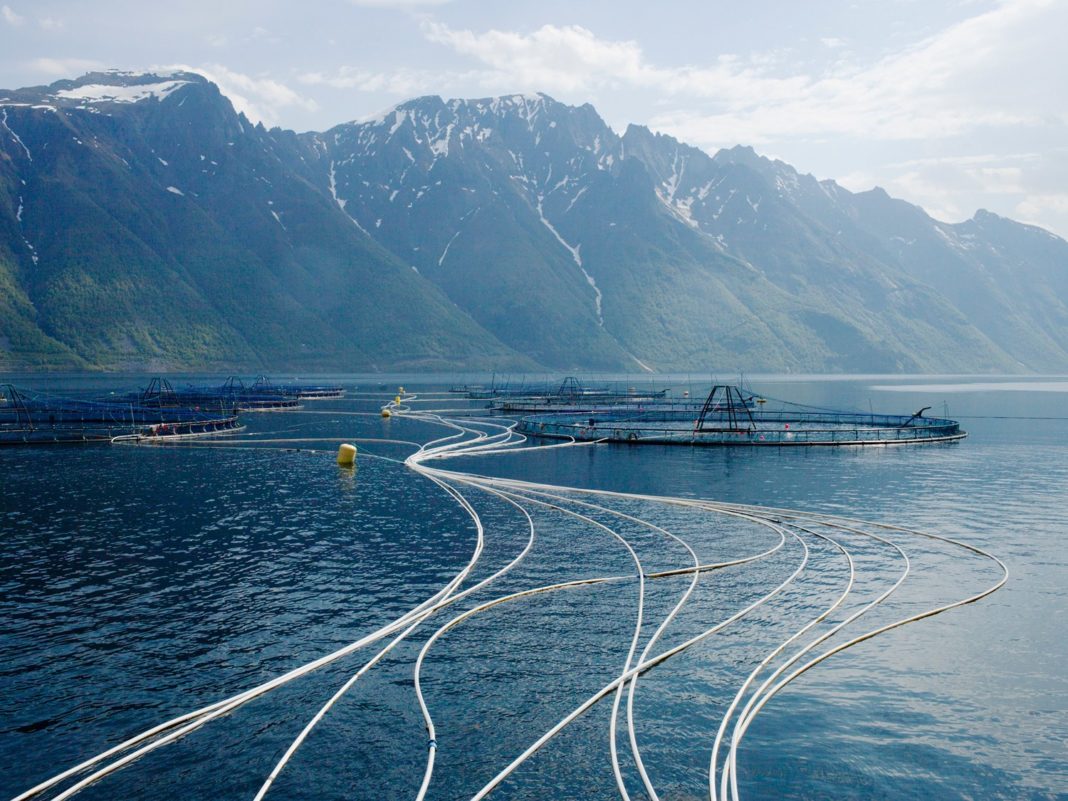 The biggest problem for the CEO of Marine Harvest, Alf-Helge Aarschog, who controls a quarter of the global $ 14-billion salmon market, is small lice.

The CEO of a huge company nervously walks across the polished hardwood floors of a barge anchored in a fjord off the southwestern coast of Norway. The barge sits alongside one of the world’s largest salmon farms. 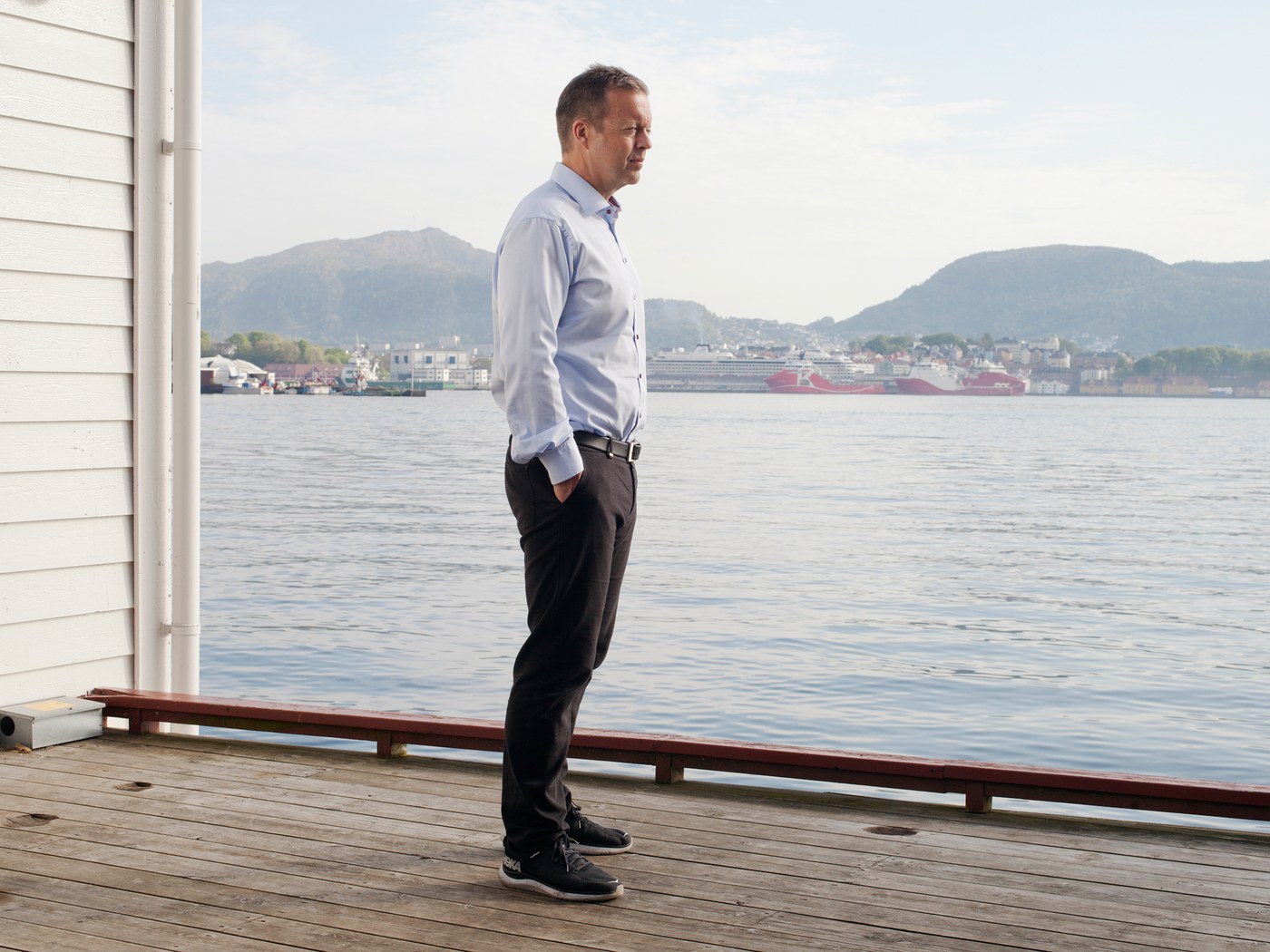 The control room has the feel of a W Hotel lobby with its elegant lighting and spare Scandinavian design.

On one wall are huge monitors streaming video from nine underwater cages nearby. Aarskog scans the footage—masses of salmon swimming in circles like glittering cyclones

The cages collectively hold more than 4,000 tons of fish, which in commercial terms amounts to about $60 million worth of seafood. Marine Harvest, the world’s largest salmon fishery, with 220 farms in Norway, Chile, Scotland, Ireland, Faroe Islands and Canada.

Aarskog supplies his fish to the world’s largest retailers, companies including Whole Foods and Walmart and hotels and restaurants worldwide. He controls about a quarter of what Marine Harvest says is a $14-billion-a-year global salmon-farming industry. But lately, something sinister has been sucking away at his profits. 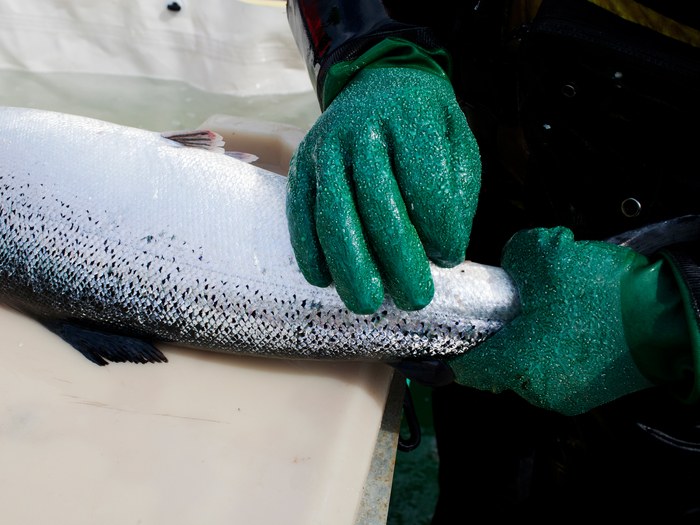 The first to give an alarm were underwater sensors that showed that the feed consumption in some of the cages was declining. A sample of fish pulled at random from the cages has confirmed the worst-case scenario: Every fish on the farm is in jeopardy.

Many threats exist in ocean aquaculture. A plague of jellyfish can wipe out a cage of salmon in one fell swoop. An algae bloom can starve the fish of oxygen. A breach in the cage netting can result in a mass escape.

Aarskog’s problem is worse—and almost imperceptible. Mature sea lice are gray, lentil-sized crustaceans, also called ectoparasites, that look like small, fanged tadpoles. About a dozen sea lice can kill a fish, clinging to its scales as they consume blood and flesh. 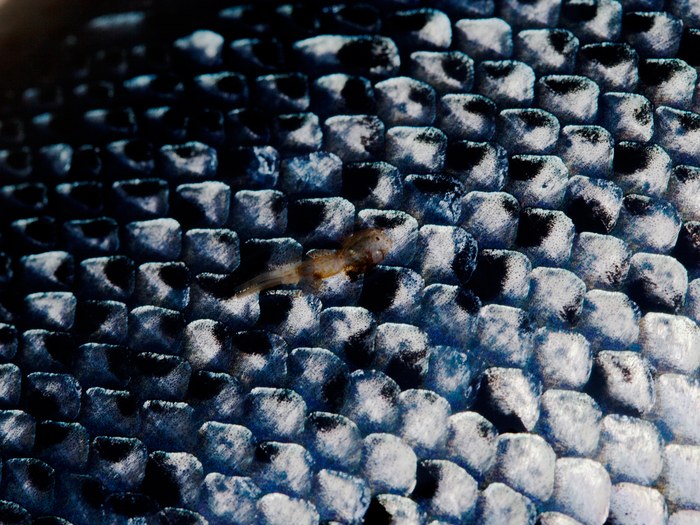 Aarskog has been fighting sea lice since he was 14, at his first job at a salmon farm. The industry was still in its infancy, and his boss had him slice thousands of onions and garlic cloves into cages.

The homeopathic remedy didn’t work, but the lice problem was limited then.

Lice have coexisted with salmon in the wild for millennia, but they didn’t pose a serious problem for free-swimming fish or for small groups of farmed fish. Each female louse can produce two strings of 1,000 eggs, which means infestations spread quickly within concentrated populations of captive fish.

The lice outbreak in Frøya is in its early stages. We see no more than a few lice on the dozens of fish that are pulled at random from the cages, and many are clean. Still, there’s no choice but to harvest the salmon now—before the sea lice population explodes. 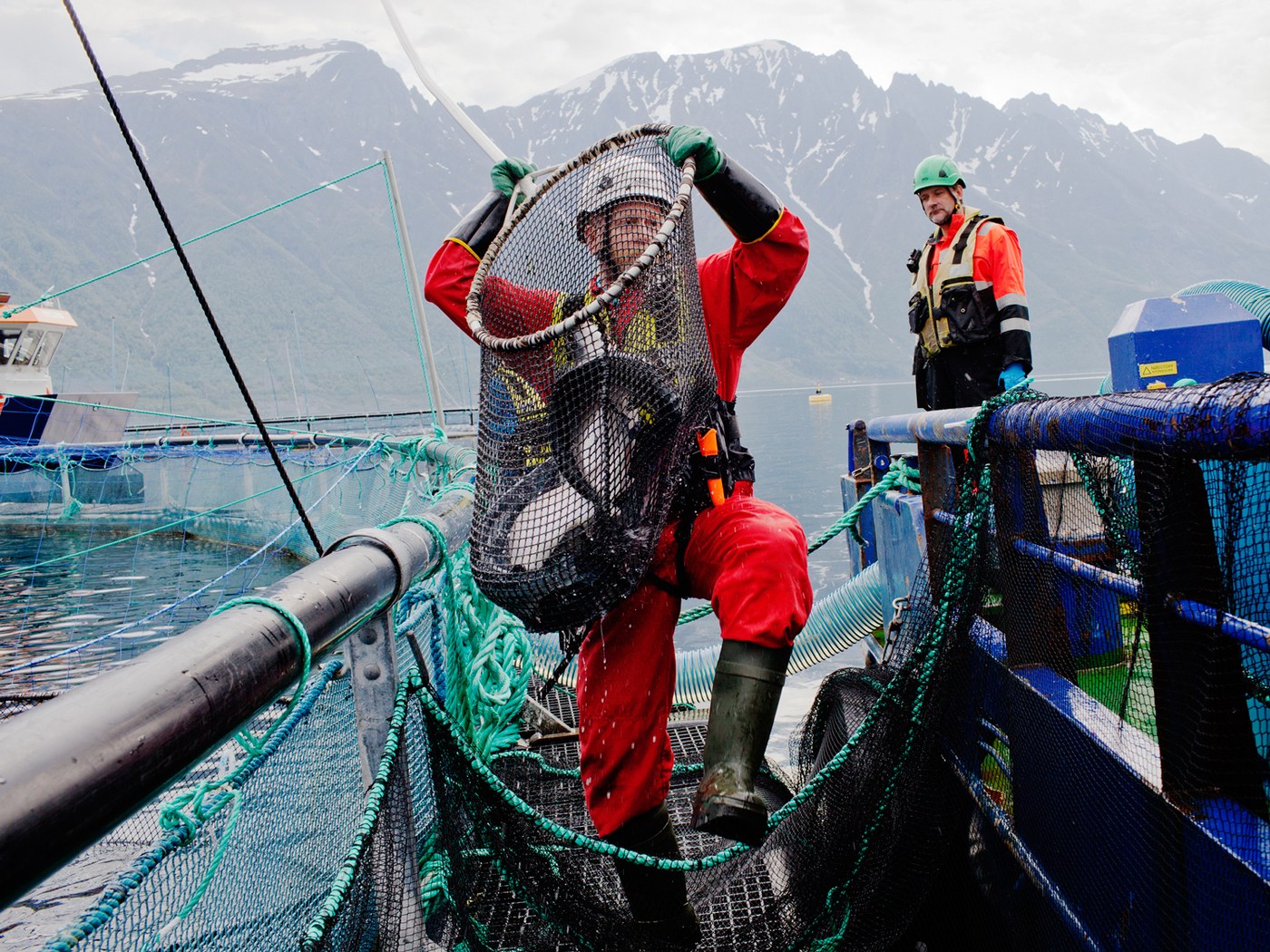 The salmon in Aarskog’s cages currently weigh three kilos each, only about 60 percent of their full-grown size. All told, that’s a loss of about $24 million.

Between 2015 and 2017 his total harvest across 220 farms declined by 12 percent. Some of Aarskog’s competitors have been hit even harder. The problem, he says, has “reached the status of a nightmare.”

Salmon farming today represents a small part of the global aquaculture industry — cheaper fish like tilapia, carp, and catfish are produced in much larger quantities, largely for Asian markets—but it’s the fastest-growing sector and by far the most profitable with big investments and innovations. 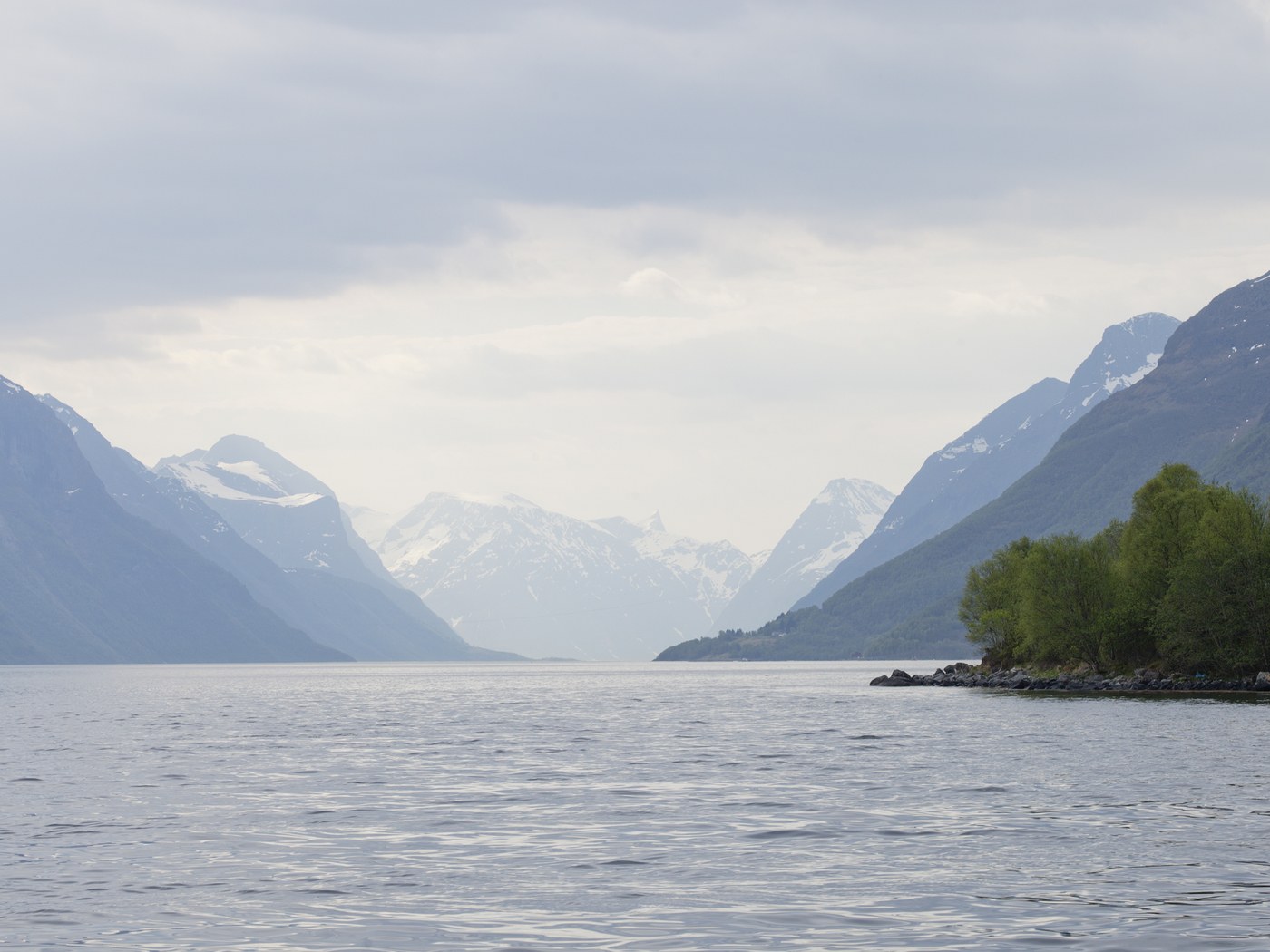 Aarskog knows he can’t sustain his company’s growth, let alone increase it, if he doesn’t first face down his microscopic bloodsucking foe. So he and other industry leaders have mounted a technological arms race against superlice, investing billions in possible solutions, some of which are as strange and improbable as the lice themselves.

A robot the shape of R2D2 and twice the height that’s shooting green laser beams in all directions.

This device, dubbed Stingray, is one of the more eccentric weapons Aarskog is testing in his war against sea lice. Built by deep sea oil industry engineers specifically for lice extermination, Stingray “watches” the fish via live video feed and uses AI programming similar to the facial recognition software on your iPhone. 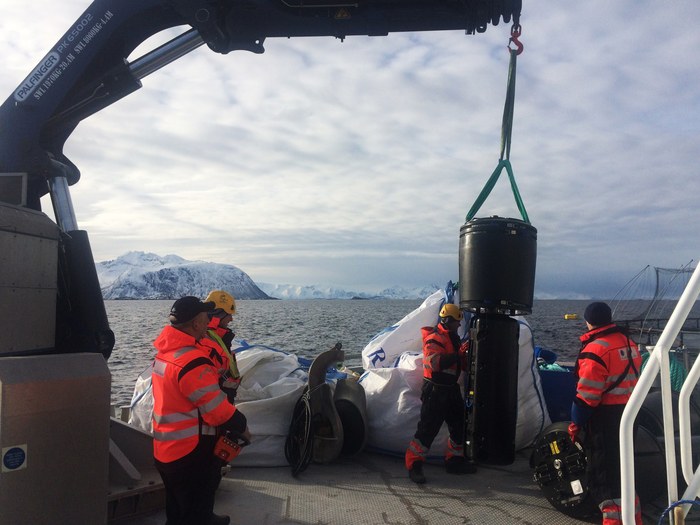 It identifies aberrations in color and texture on the fish’s scales. When it detects a louse, the bot zaps it with a surgical diode laser beam, the kind used for eye surgery and hair removal.

The mirror-like scales reflect the beam, leaving the fish unscathed. But sea lice are gelatinous, roughly the consistency of an egg white, so they fry to a crisp and float away. While laser beams generally travel slower underwater than they do through air, beams of certain colors and wavelengths can travel through water with high accuracy.

Aarskog teamed up with two other giants in Norway’s salmon farming industry, Lerøy Seafood Group and SalMar, to help back the project with $1.5 million in funding. The companies first began testing the robot in 2014, and there are now about 200 devices incinerating lice at farms throughout Norway and Scotland.

For every 100,000 salmon, you might need 10,000 cleaner fish to keep lice populations at bay—or only one to two robotic lasers.

For every 100,000 salmon, you might need 10,000 cleaner fish to keep lice populations at bay—or only one to two robotic lasers.” Still, the robots have limits: It’s hard for them to get at lice that hide beneath gills and behind fins. They’re designed to be used as a preventative technology, holding outbreaks at bay, rather than as a reactive technology that can decimate storms of lice sweeping in from a nearby farm.

While the fish are better at getting the lice that hide beneath the salmon’s gills, the robots can target the colorless baby lice that cleaner fish can’t see.

If all else fails, Aarskog is also preparing to quarantine his fish. He’s invested tens of millions of dollars in the development of spherical cages made with solid polymer walls. These cages, called Eggs, are being tested as prototypes in a university laboratory. In the real world, they would be 150 feet deep and 100 feet wide, capable of holding 200,000 salmon, and impervious to the parasites. They look in computer renderings like white plastic UFOs when partially submerged.

The technology, though, is costly and complex. The water in the Eggs must be pumped in from deeper layers of the ocean, continually refreshed, and filtered for microscopic contaminants; fans inside the container produce currents for the fish to swim against (salmon can’t build muscle mass in still water); buoy systems are needed to absorb the impact of waves outside the Eggs as clashing currents can make the fish seasick; huge quantities of waste must be captured and processed; exhaustive cleaning and hygiene practices are necessary to keep the container and the fish clean and disease free.

These closed containment systems are the aquatic equivalent of a vertical farm—controlled, hyper-engineered environments on the frontier of food production. Aarskog recently won government permits to put five Eggs in the open water and plans to have them up and running next year, but it’s an expensive victory: Each Egg will cost millions to build and operate. 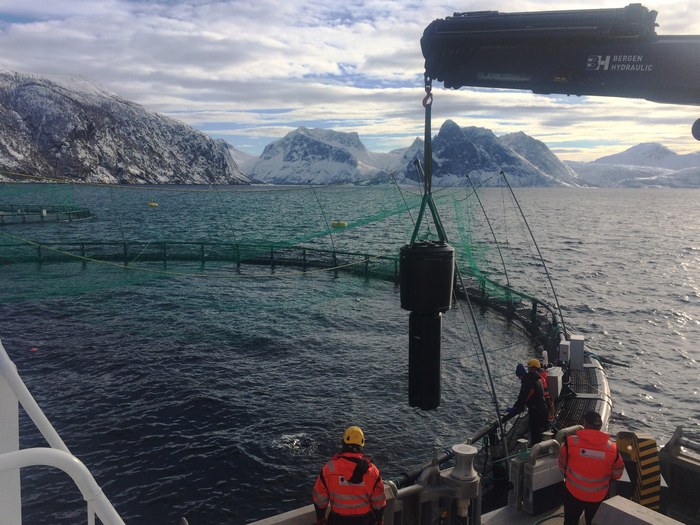 For all their risks and complexities, Ingrid Lomelde of WWF Norway applauds the effort: “So far the most promising technology we’ve seen to address the lice problem is closed containment.” It might seem absurd to spend this kind of money to right the wrongs of aquaculture, she says, “if only global demand weren’t soaring, and wild fisheries weren’t in such rapid decline. We’ve lost almost half of the animal life in our oceans over the past 40 years, and today 3 billion people depend on fish for protein. We need sustainable aquaculture to feed them.”

According to the UN, global demand for seafood in the next 20 years will grow by at least 40%. At the same time, wild populations of almost all fish species, including salmon, are reduced due to excessive catch, climate change and other environmental problems. 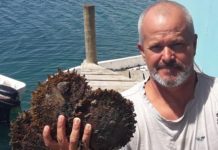 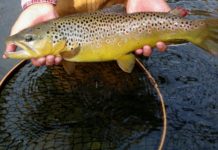 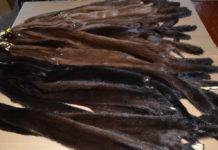 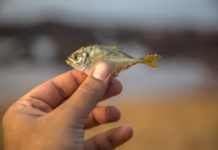