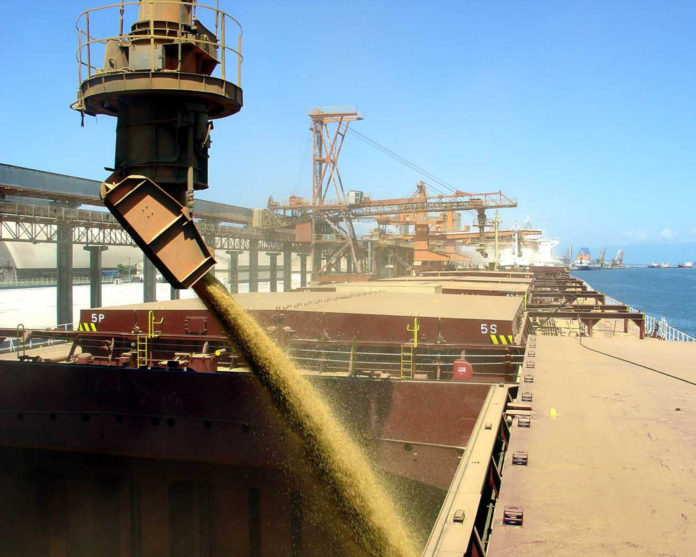 The focus on the soybean market goes like a football pass, from North to South America and back. In this case, Argentina and Brazil have the opposite situations. The first has a big decline in production, and the second has, on the contrary, a record high.

In the last June report, USDA lowered the production estimate in Argentina by 2 million tons, but Brazil compensated for it, and the overall assessment of South American production did not change. 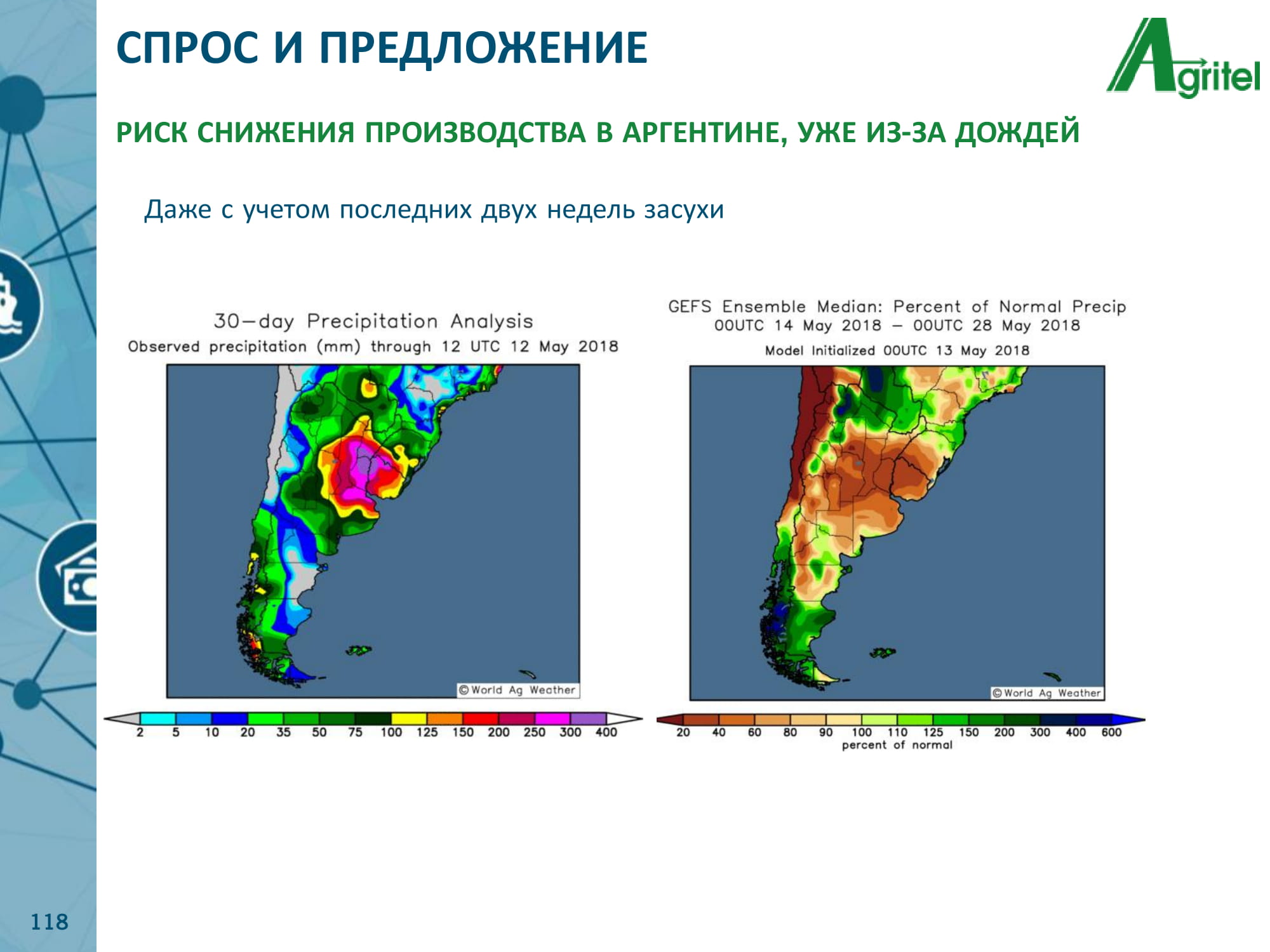 In the US, the supply is expected to grow in the next season due to higher initial stocks and more production, although so far it is forecast to be lower than the level of the previous year.

In America, the final stocks are expected to decline, although they remain still high. The balance of soy is not yet tense.

The ratings of soybean crops in the US are very high and the weather is favorable. And it is likely that in the report of June 29, the USDA will reconsider the area under cultivation. 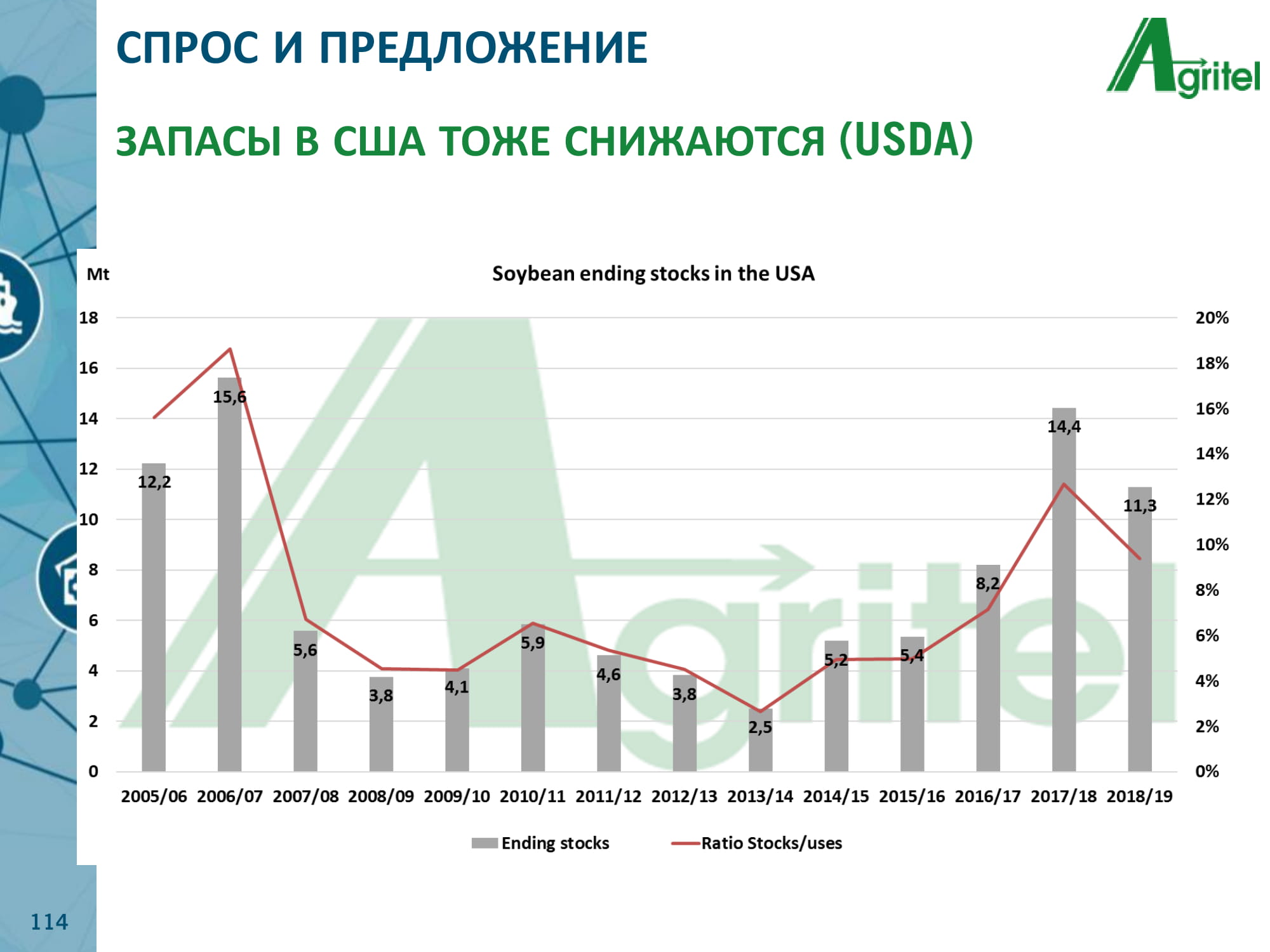 In Brazil, an export campaign starts in July, and we are expecting a high supply due to record production.

Due to the devaluation of real Brazilian soybean is doing very well in the world market, it is actively imported by China. This is facilitated by the continuing tension between the Middle Kingdom and the United States.

After some resumption of the purchase of American soy, the Chinese stopped buying it again, but they actively purchased the Brazilian soy. In May, China imported a total of about 10 million tons, and a large part of it is Brazilian. 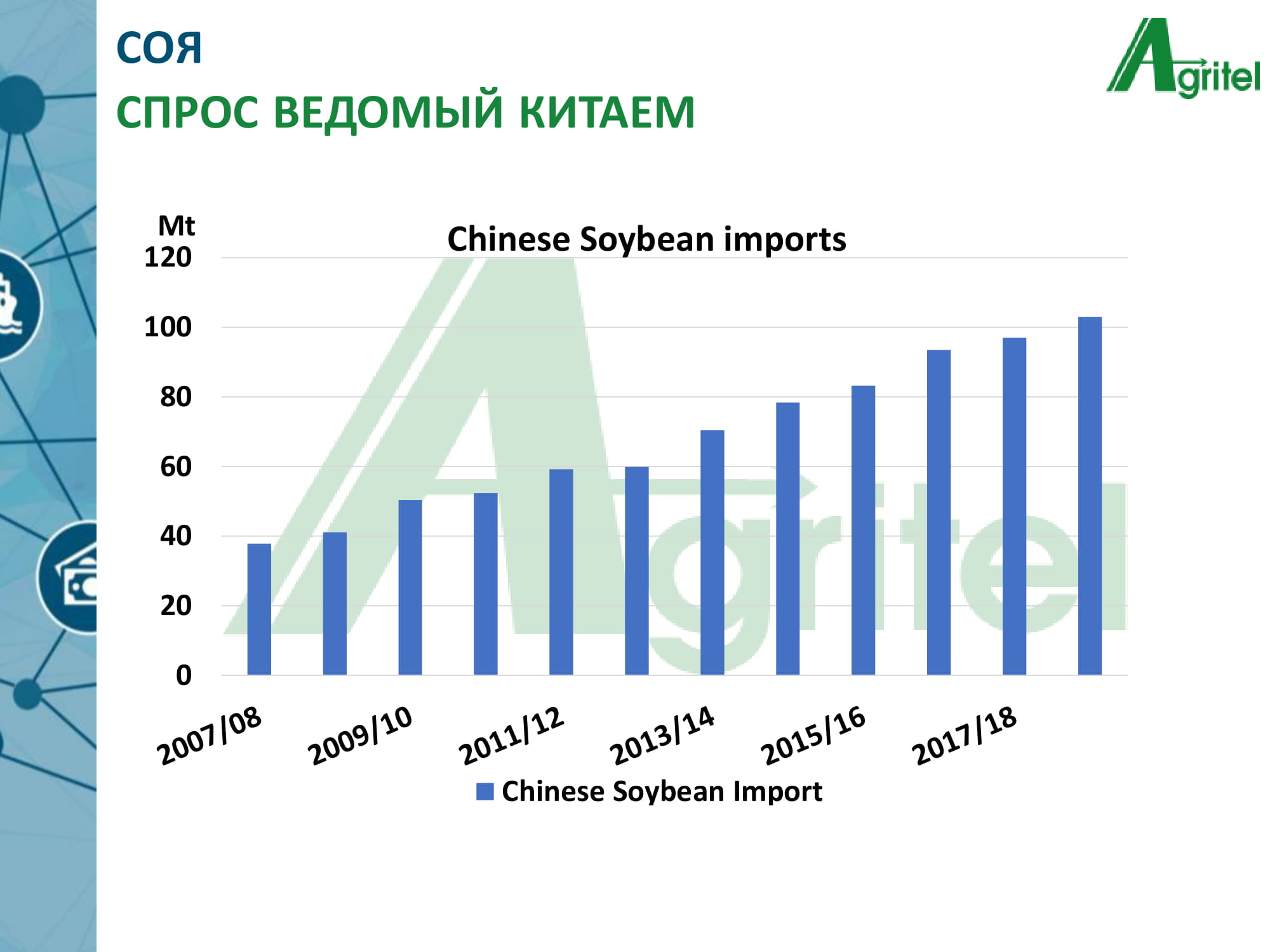 High import rates are expected this month. According to the volume of shipments of soybeans from Brazil.

So in the US, on the one hand, the weather and prospects for soybeans are good, and on the other – the uncertainty with China due to the introduction of a 25% duty on imports of American soybeans since July 6.

That is why today the funds are eliminating long positions. The soybean market as a whole is entering a phase of the “weather” market. It will last longer, which in other cultures – until mid-August.

The market will still be able to additionally exert pressure to reconsider the areas in the direction of growth in the USDA report on June 29. And on July 12, the agency can review the yields for soy and corn.

The market will also be affected by weather in the US and China.

Soybean today, perhaps, is the worst situation in comparison with corn and wheat. Prices are rapidly going down. 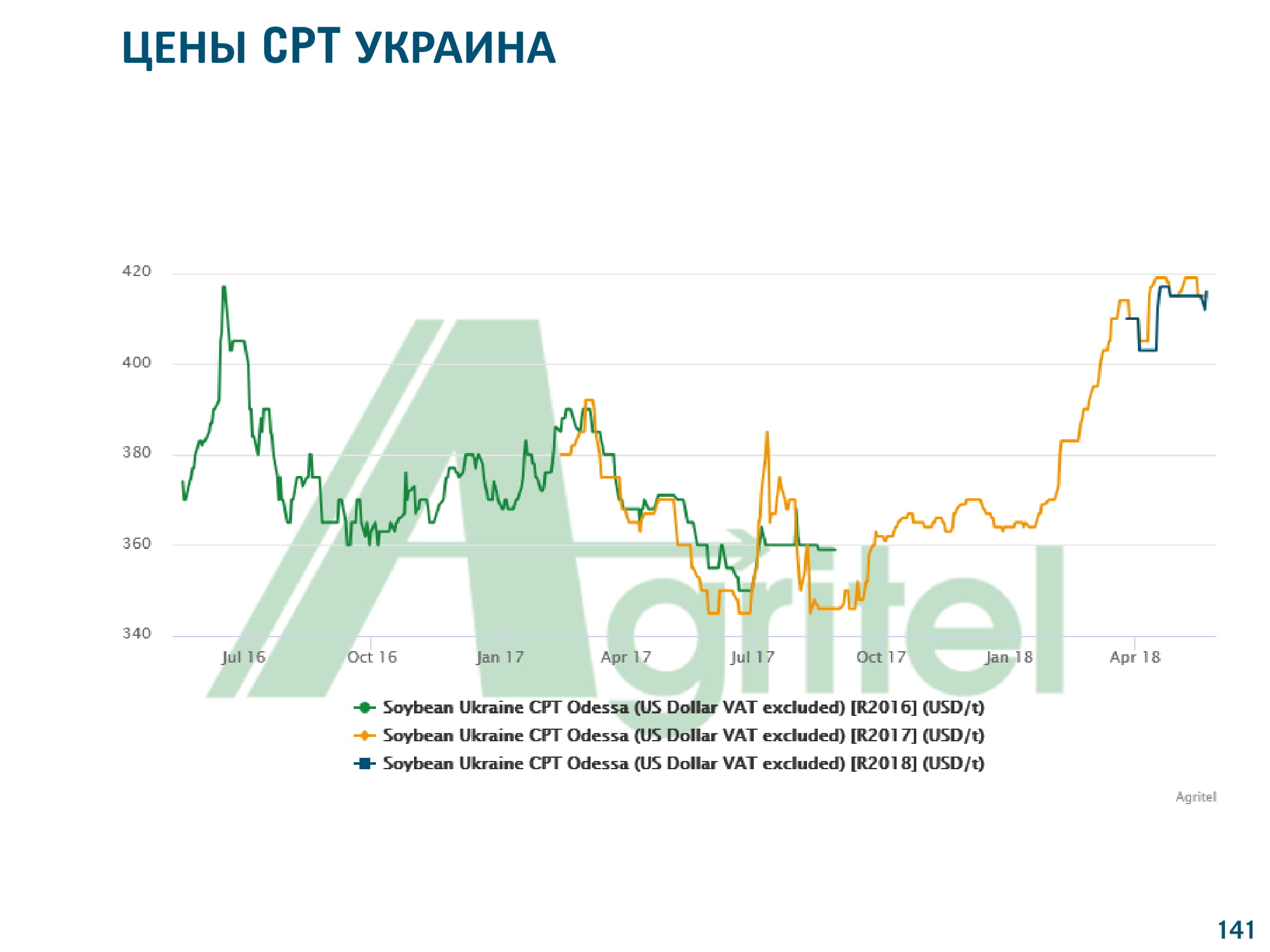 In the Ukrainian market, we see a decline in soybean acreage: they sowed only 90% of the plan. An sowing of soybean is the most insufficient among other crops.

We also forecast a decline in yields and production – up to 3.9 million tons. This is slightly below the level of the previous year.

Because of the last decision on VAT refunds when exporting soybeans for producers only, we expect the next season to shift demand to its processing and domestic consumption. 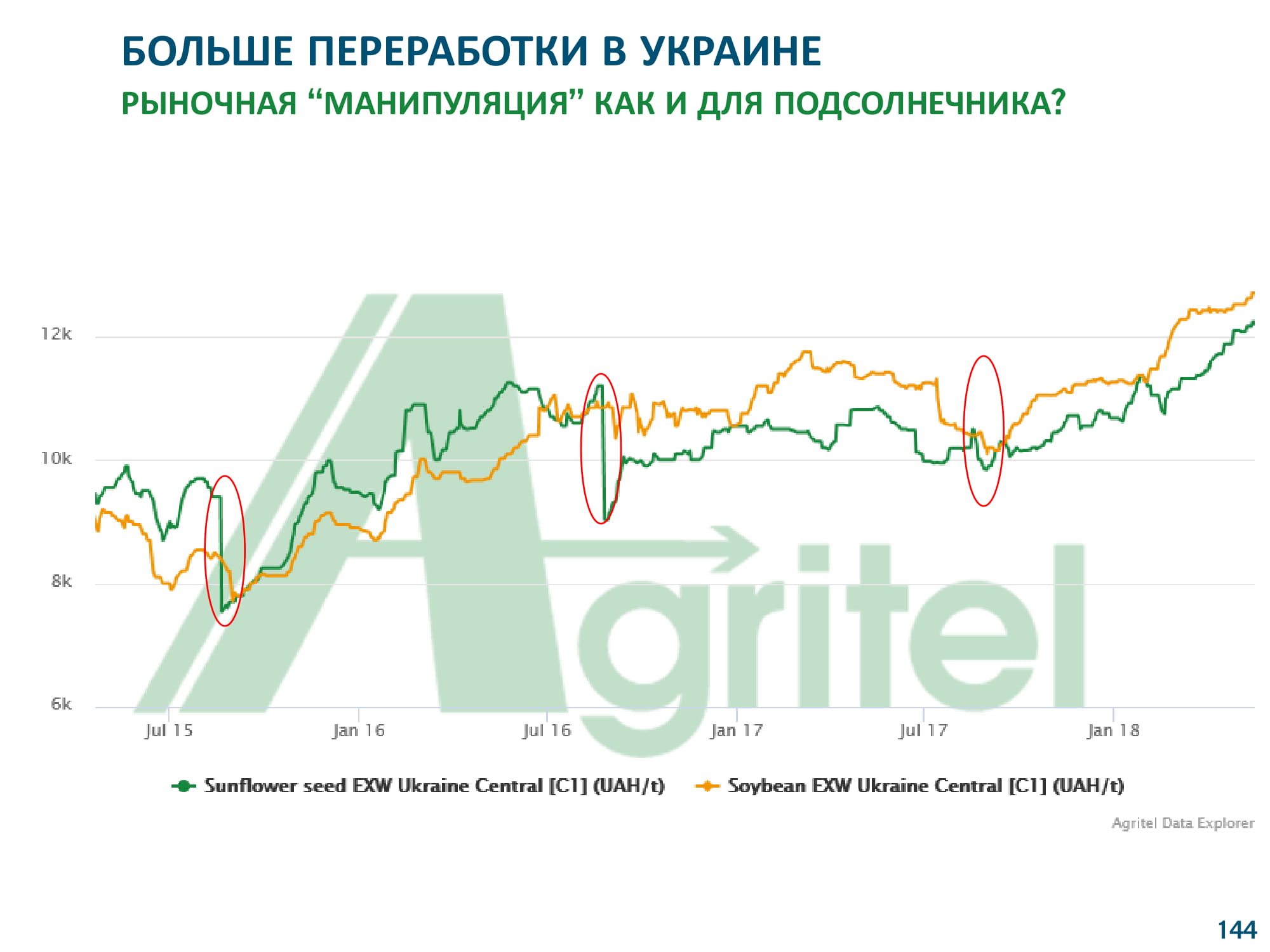 We see this already this season – the processing pace is significantly higher than in the past and the year before and already exceeded 1 million tons.

Exports in the next season are expected at 2 million tons.

The soybean market has been growing for a long time, despite all the vicissitudes with VAT refunds. There were a great demand and low reserves, many exported soybeans, and competition between processors maintained a high level of prices.

But now we are seeing a decline in the market because of a reduction in the domestic market, processing companies are closed seasonally for prevention. Plus there is a pressure from the world market, where everything is falling. 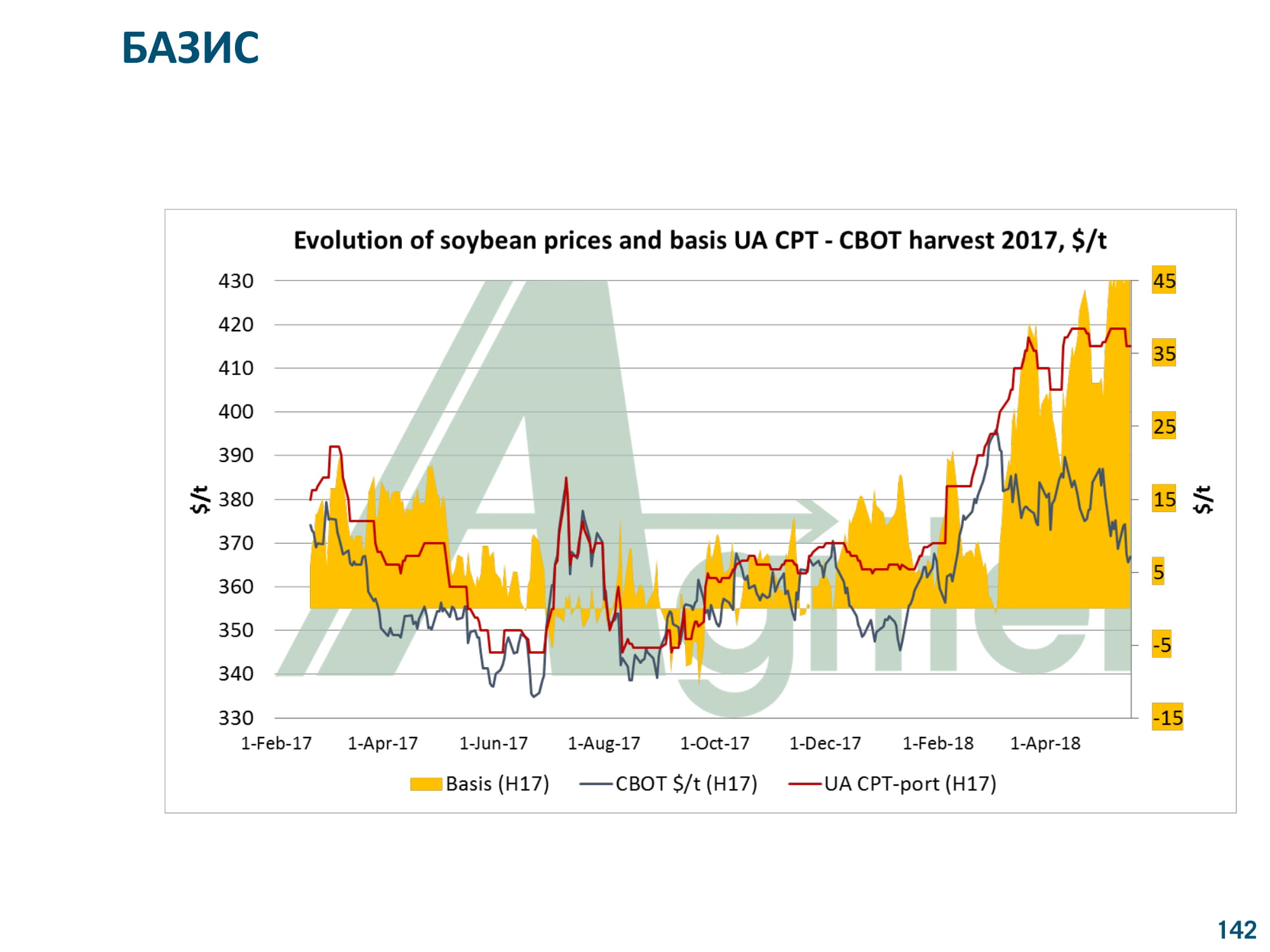 In addition, the pressure on the soybean market is reduced prices for soybean flakes and soybean oil.

At the same time, the basis of Ukraine in relation to the Chicago Stock Exchange is still at a high level in comparison with previous years.

Therefore, we do not recommend selling soybeans, because it is not clear what the Ukrainian harvest will be like, how it will be affected by the weather. But in any case, in the coming season, soybeans will be in demand both from exporters and processors. 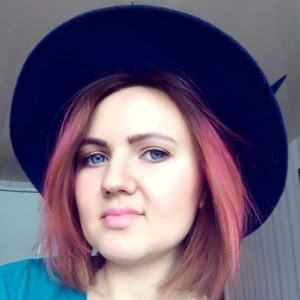