Another episode of mass death of bees occurred in Sumy region. Beekeepers did not even have time to do the first picking of honey, reports Svidok.

“Apiary is not only my hobby. This is my life and my earnings. On each bee colony, I lost 2500 UAH, plus 2000 UAH minimum, which I could earn on the sale of honey. This is a big expense that we are not able to sustain in one season. Now, to restore the apiary, it will take at least three years”, says Alexander Kalinichenko.

The beekeepers are sure that this is the fault of the farmers who worked on the fields the day before. Local residents even say that they feel a persistent chemical smell.

However, most of the beekeepers are indignant that the farmers did not warn them that they are going to process the fields.

“In the neighboring village, another agro-firm posted advertisements that it was going to process the fields. We transported the hives here to save the bees. Well, that’s how we “saved” them … “, – says Maxim Moskalenko.

The beekeepers turned to the police, convened a veterinary commission and officials, took samples of soils and plants from the nearest fields and gave dead bees for examination.

Earlier it was reported that 1149 bee colonies were killed in the Kirovohrad region, about 700 in the Luhansk region, 450 in Volyn, 100 in the Zhytomyr region and 45 in the Mykolaiv region. Also, cases of mass deaths of bees were recorded in Dnipropetrovsk, Kharkiv, Khmelnitsky, Poltava, Kherson, Rivne regions and Zaporozhye. 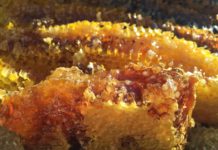 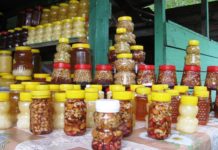 Honey Recession: Ukraine has got 30% less for honey than last year 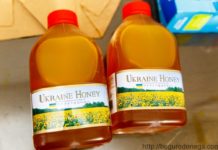 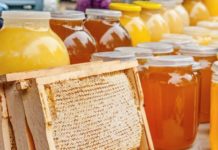 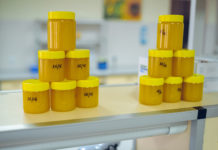 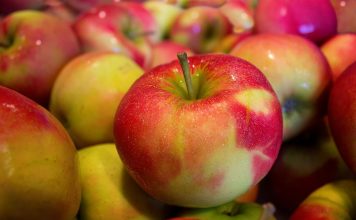 Frodo and Gandalf: Ukraine Exports Honey at $ 2 per Kilogram, New Zealand —at $ 24/kg