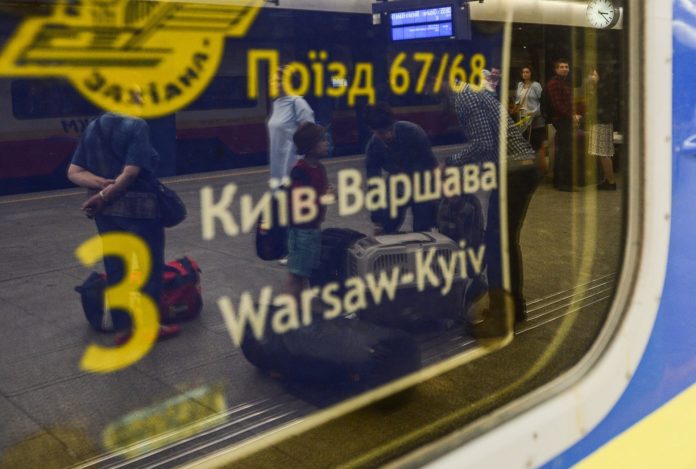 On seasonal work in the agricultural sector in Poland, almost all foreigners work illegally from the east, he explains the actions of the border guards. In his estimation, this industry is on the first place in Poland for shadow employment.

Recall that soon a year, as does the visa-free travel with the EU. On it, a large number of migrant workers rushed to Poland, who use the allowed three months to work on seasonal work.

However, under the new Polish rules, from January 1, the employer must pay 30 zlotys for a foreigner’s employment permit, although previously it was free.

In addition, now the Polish employer is obliged to offer the foreigner the same salary as the Polish who works in the same position, proving that he could not find a Pole for a job.

According to Makhinko, these laws are hardly observed by Polish farmers.

“A month and a half ago, Polish border guards began to treat Ukrainians who go to Poland on a visa-free basis,” he explains. – When a person works on the border for years and thousands of people pass through him, he becomes a good psychologist. A border guard can look at a person and immediately understand why he is entering his country. “

The entry of Ukrainians into Poland began to be treated much more meticulously with the beginning of the berry season, states Makhinko.

As a result, 40% of the harvest of berry crops in Poland can die, said Andrzej Gajovnicek, the president of the Polish Fruit and Vegetables Association of Poland.

He called on the authorities of his country to be more liberal about employees from Ukraine. “Ukrainians are waiting for a long time to issue work visas, and on the basis of biometric passports they are not allowed,” Gaivonicek stated.

In the opinion of Makhinko, although the uncollected harvest of strawberries is unlikely to significantly affect the Polish economy, this situation highlighted several serious problems.

First, the Polish farmers, seeing the surge in supply in the labor market after the introduction of visa-free travel, did not calculate the consequences. They were sure that the Ukrainians would always go to them, collect strawberries, apples. But in this industry each year something is changing, and not all agrarians are following this.

“We need to create a condition for the Polish farmer to benefit from taking Ukrainians to work legally,” says Makhinko. – I thought earlier that the problem of illegal employment exists in Ukraine, but in Poland it costs almost more than ours. And in Germany, many Ukrainians work illegally. “

On the other hand, the Ukrainians, who went to Poland for the first time, labor on berries seemed easy money, but they returned from there without illusions.

“They live there in barns for 20-30 people and wash from one basin,” says the head of the vocational school. “Therefore, we even discourage people from going to pick berries in Poland.”

Recall last year in Poland, worked more than 1 million Ukrainians, and this year expect up to 1.5 million. According to experts, today many compatriots go to Poland only to gain a foothold there, and then go to work in the richer countries of the West.

Strawberry dreams: Ukraine will gather 30% more berries, but they will not be cheap