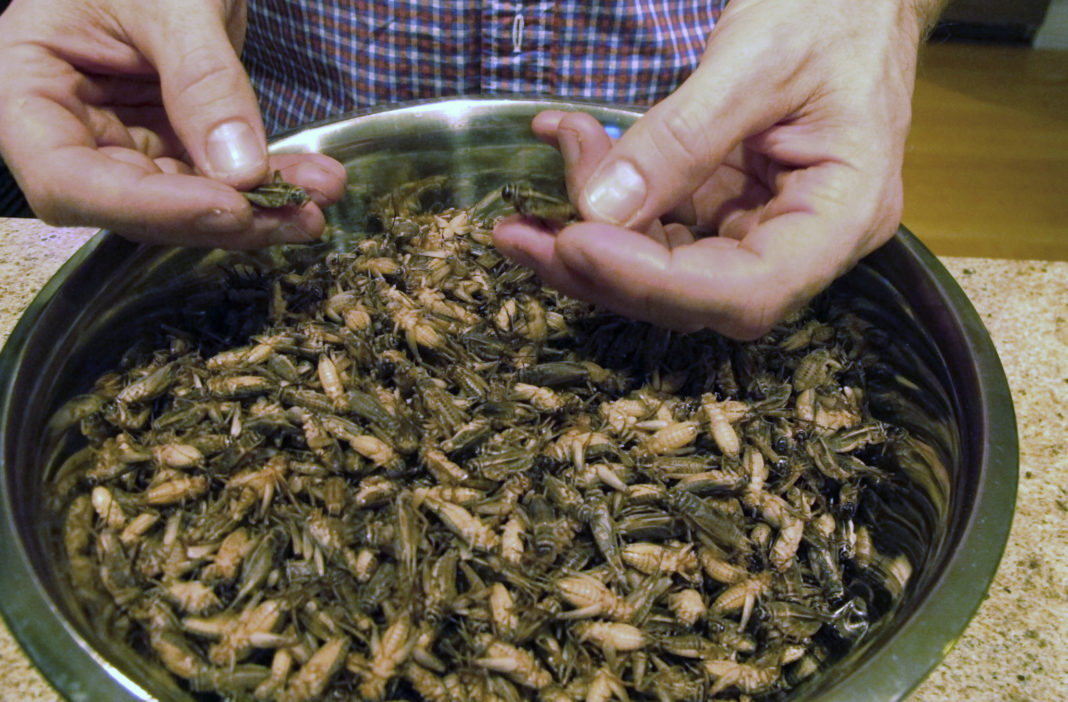 The idea of a cricket farm came to Steve Swanson when he got acquainted with the UN report on food insecurity and the need to find new ways of growing food products in 2013, the Willistonobserver. writes.

“I came across a report on edible insects and that they consist of much more resistant proteins than other organisms,” says a Williston farmer (Vermont, USA), who already had a restaurant business behind him. 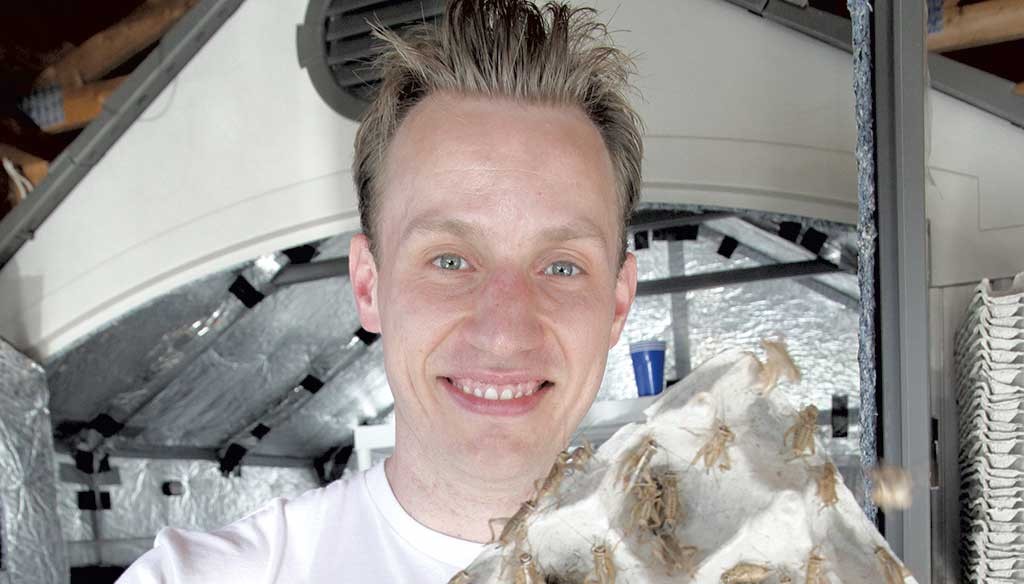 This business did not seem to him at first commercially attractive. Nevertheless, Steve took a chance and together with his wife Jennifer organized in the garage of his house a farm with singing crickets and a telling name Tomorrow’s Harvest.

“We launched the company before we even tried crickets,” Swanson reveals, noting that he did not have a business plan that he would recommend to others.

During the year the couple went through trial and error – the several cricket farms that were in the country did not give out their secrets.

The result of the experiments, started in December 2016, was immediately two products – frozen crickets and powder from insects. 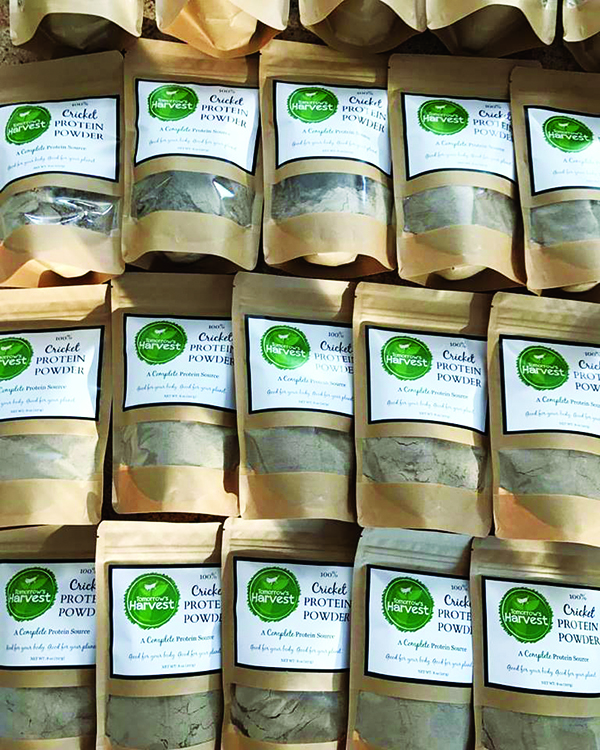 The Swansons set up their sale via the Internet, although one of the largest retail chains City Market was already interested in the powder. It serves as a protein supplement to various ready-made foods, in particular, liver, bread, pasta, cocktails, and sauces.

The target audience of Tomorrow’s Harvest is customers of the fitness industry and eco-product lovers. For example, vegans may be interested in crickets because of the humane way of obtaining such food.

The natural life expectancy of crickets is from 8 to 12 weeks. A week or two before the end of this period, insects are put into hibernation by cooling. 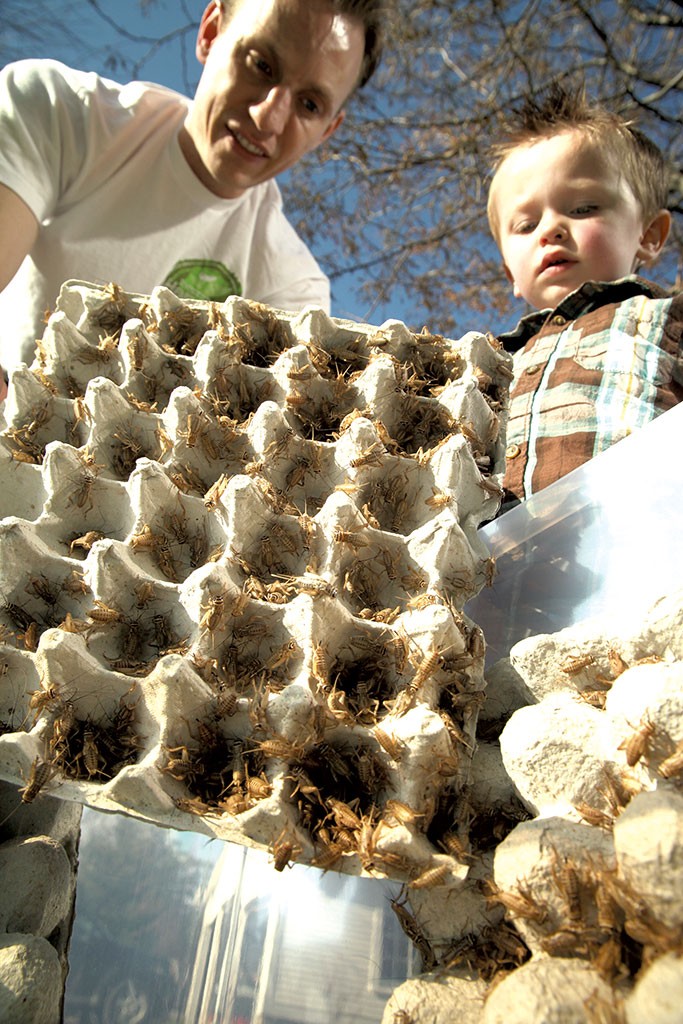 Swanson feeds the crickets with organic grains, but for them, the recycled food waste from farms is also suitable. The litter of crickets also comes into play – it is used as a high-quality organic fertilizer and is, ironically, more expensive than the producers themselves.

Swanson hopes to conquer with his crickets American restaurants and the whole culinary world. Recently, a well-known entrepreneur from Vermont, Alan Newman, owner of horticultural and brewing companies, as well as a business incubator, became interested in Tomorrow’s Harvest products. 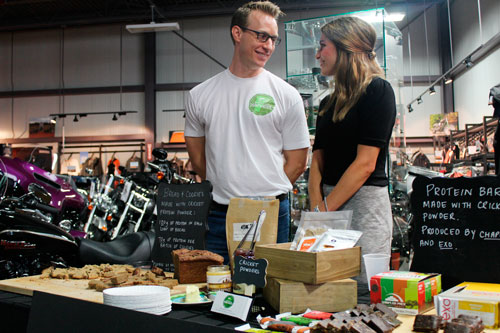 As a result, Swansons received an investment of $ 600,000 for development. This allowed them to build a 2,500-square-feet farm in the industrial area of Williston for 4 million crickets.

By the way, the Finns do not lag behind the Americans and also bake bread from crickets.

Give Those Two: Kazakhstan and the United States are fighting for Ukrainian chocolate this year