We grow spirulina in the Zaporozhye region, which has a special biochemical composition, which normalizes the physiological functions of the body and prevents various diseases.

We work in conditions that are close to a laboratory, therefore our spirulina has purity and quality. This gives us the opportunity to effectively offer it in a foreign market.

On the example of spirulina, I will tell you, what strategy helped us to enter the export market, in particular in the USA.

When we were looking for the direction of our business, we came to the conclusion that it was pointless to deal with a mass product. For example, we hear that the oil becomes less marginal, the grain is low-yielding, the consumption of some commodities falls.

And most Ukrainian agriculture is doing just that. And if we ask why we do not make mixed fodder from corn and do not sell it, for example, to Turkey, where it is very popular in poultry farming, then the Turks themselves answer this question: they say that Ukrainians do not know how to make a good mixed fodder. But this is not difficult.

Ukrainians do not know how to make good mixed fodder. But this is not difficult.

We took on a much more intricate task, we decided to try a completely new niche of the market, a new and incomprehensible, that is spirulina. We counted the economy, consulted with scientists, found an interesting Ukrainian expertise.

Fortunately, in our country, there is expertise in agricultural products not only on spirulina, but also on flax, hemp, and other niche crops. But most entrepreneurs are still trying to grow low-income grain, and then frantically looking for a buyer in China and other countries.

At Home Among Strangers

Before going out for export with a niche product, you need to answer yourself on basic questions. What is the company’s strategy? In which countries do you want to deliver it? Why is your product good, best or at least competitive?

Our team has already had 20 years of experience, both supplies, and exports, and we know that each product goes through three basic stages of promotion. The first one is research & development, and producers, for example, of the corn, can do it. To study the market of the same Turkish mixed fodder,  and make several test versions of these mixtures.

Next stage is the tests. Come out with samples to the Turkish market and try to sell them, and get a feedback. And then make your own adjustments and start delivering the product. And it will be branded. Further, you can safely develop this direction and sell it on foreign markets.

For ourselves, we realized that we need to start from the domestic market. Fortunately, it is dimensionless, and we have no competition on it, and then gradually switch to a foreign one.

In the time dimension, the development of our company looked like this: for one year and a half we were engaged in experiments with scientists, then, for another year we were selling products in Ukraine. Seeing that the product goes well, in parallel we began to develop new algae cultures.

Many processes need to start in advance: and in 2017 we began to explore the crops that will appear on the market only in 2019. But a year ago we did not set a goal to come to the States and win all, but just passed the tests in the FDA (Office of Food and Drug Administration of the United States).

It turned out that this is not a terrible organization, as many believe. Just come and go registering the product. 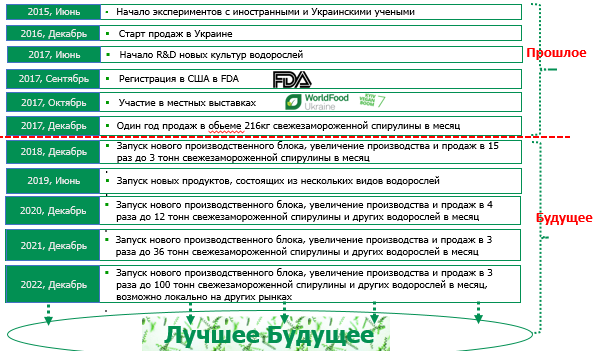 When you make a decision to export, and you need to do it quickly, you somehow go out to “boosters”, the accelerators of the process. We have identified five types of such supposed “boosters”.

For example, intermediaries can make it easier for you by buying from us the whole lot and taking it on for export. The residents of the foreign country where you are going to export, are engaged in other products.

Ukrainian culture is based on “nepotism”, we appreciate the relationships. We believe that if our friend has had experience with someone, then this person is trustworthy. And you need to use it. But the foreign people should be interested in your success because they are often interested in simply “feeding” from you.

UKRAINIAN MARKET FOR US IS “childish”

The last category is the familiar Ukrainians who work in your target market, but with other goods. For example, those who sell walnuts to Turkey. Suggest them your compound feedstuff, why not?

What do you think, who is the best “booster” of these five? My opinion: none of them. You should always treat consultants simply as advisors because it is you who is responsible for your business, not they.

Do not hope that the consultant will come up with everything for you. We tried many different consultants. In the end, we did it in our own way, but the experience was very interesting, it advanced us.

After Ukraine, we go to the States, and after them – to Asia. You ask – where is Europe on your way? But there is no Europe. It is not a market – it’s a strange thing, which is a thing in itself. On the one hand, they want a lot, but on the other – they erect many barriers on the way to them. And, often these barriers are absolutely meaningless.

the foreign people should be interested in your success

We do not claim to be in possession of the absolute truth, but if you have a good product and you are sure of it, then it should be moved not to Europe, but to the place where it will be appreciated. That is, where they will appreciate its quality, and not the certification, various licensing procedures, etc.

Therefore, first we decided to test how our product will work in the US – then we did not know anything about the local market, at all. And, first, we did a detailed analysis – without rose-colored glasses. We learned at what price spirulina and similar products are sold there, how it is frozen, in what volumes.

And then we remembered about our diaspora, which lives in the u.s.

Then we turned to lawyers, and they said that for $ 50 thousand they are ready to take up the issue of entering the American market, but they did not give guarantees. We talked a little with the consultants,  but not too much.

And then we remembered our diaspora, which lives in the States. They are immigrants from the former USSR, who sometimes did not even integrate properly in the American society and did not find their own business, although they are striving for a high standard of living.

The ability to do intermediate business between that and this part of the world for them is an ideal opportunity to assert themselves. So, we found such a “native” … 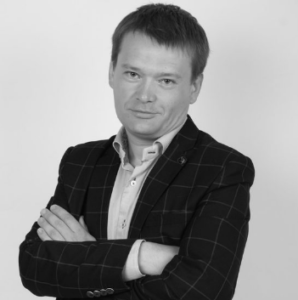 Vadim Kirichko, the head of the company Food 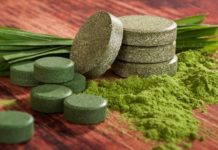 SEA CABBAGE: How to Get American Dollars for Ukrainian Agae (part 2)

SEA CABBAGE: How to Get American Dollars for Ukrainian Agae (part 2)